ORANGE COUNTY, Fla. (WOFL FOX 35) - A non-profit group at University of Central Florida is giving children a boost of confidence with high tech prosthetic arms.  They are designed on a computer and then 3D printed.   A boy in Nebraska is the latest person to receive one of their 3D arms, and it has a strong Star Wars connection.

Alvin Garcia was born with one arm, but now this 10-year-old feels like a Star Wars action figure.  Garcia just received a bionic, prosthetic, Stormtrooper arm. Some popular Star Wars characters delivered the device to him at his school.   Alvin is thrilled with his new arm.

John Sparkman is co-founder of Limbitless Solutions.  The Orlando non-profit group is located at UCF.  Sparkman's team has designed and printed 3 d arms for almost twenty children across America. Sparkman says it takes 36 hours to 3D print an arm and 22 hours to make a hand.  "We set out to help every child in need, every child we could, and we are going to see it through the best that we can," he says.

Alvin showed off his new arm to the other students at school, and he had some forceful supporters by his side while he did it.  Mom says Alvin will never forget this experience. She said, "He's a boy. He's very friendly, and I always talk to him about the truth.  You have one arm, but that's the way you are and you have to keep going. It doesn't matter."

Limbitless Solutions tells FOX 35 the materials cost $300 to $500 for each 3D printed arm.   They donate their services to every child. 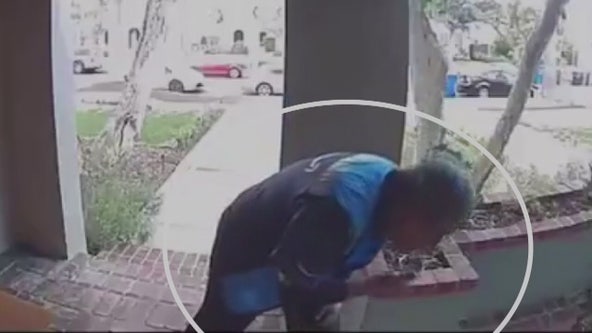