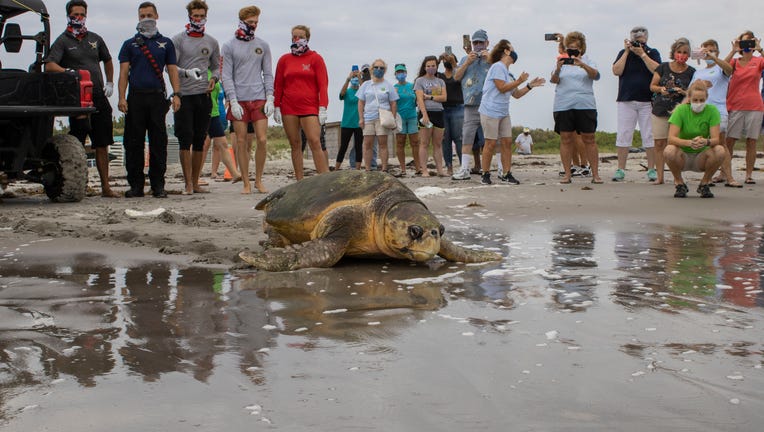 Photo by the Brevard Zoo

BREVARD COUNTY, Fla. - The Brevard Zoo says that they have released a 370-pound female loggerhead, the zoo's largest-ever sea turtle patient, into the ocean on Tuesday morning.

The sea turtle just finished a successful rehabilitation stint at the zoo's healing center. She was found struggling to nest in July by the Florida Fish and Wildlife Conservation Commission (FWC). They found abnormalities on the turtle, like an old, healed injury on the shell, as well as swelling and weakness.

The zoo said that the turtle, which they named 'Perseverance' after the NASA rover, was transported to the healing center after several failed nesting attempts. Ultrasounds revealed that she had difficulty passing eggs. So, they induced her and she laid over 100 eggs. They were buried for incubation on a beach in southern Brevard County.

The sea turtle was reportedly also given nutritional support, fluids, and medications prior to its release at Cocoa Beach.