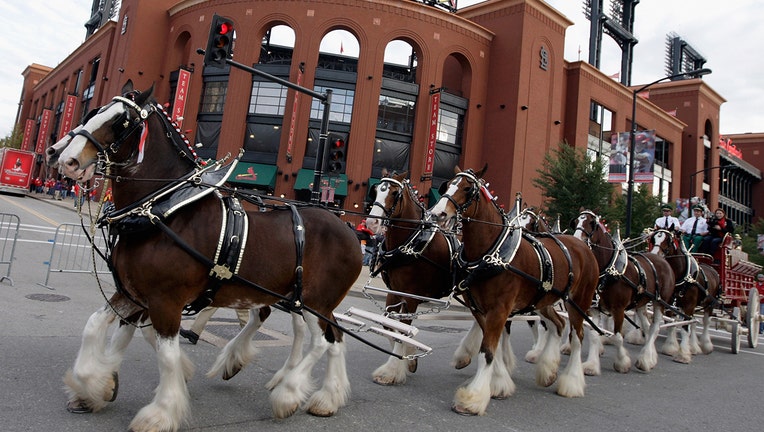 ST LOUIS, MO - OCTOBER 14: The Budweiser clydesdale horses walk by the outside of stadium prior to the St. Louis Cardinals hosting the Milwaukee Brewers during Game Five of the National League Championship Series at Busch Stadium on October 14, 2011 ( Jamie Squire/Getty Images )

DAYTONA BEACH, Fla. - They've been a symbol of Anheuser-Busch since 1933, appearing in some of the most memorable Super Bowl commercials ever. Now you'll get a chance to meet the world-famous Budweiser Clydesdales when they make stops throughout Florida next month!

According to their hitch schedule, the Clydesdales will be making appearances in the following cities:

Locations and times for the meet-and-greet's have not been released. The list will be updated as information is provided.

During past appearances, the eight-horse team has been harnessed and then hitched to the famous Red Beer Wagon.

Rare rainbow snake spotted in Ocala for first time since 1969