Lake County Sheriffs Deputies responded to a disturbing call for help Saturday night. When deputies arrived on scene, things got even more disturbing.

"I’d like to report an incident here. I had a Vietnam veteran attack me, and I had to defend myself. It just got out of control," Kolby Parker told a 911 dispatcher.

When deputies arrived on the scene, things got even more disturbing. Investigators started asking Parker where his family members were. That’s when they said he casually reached into his pant pockets and pulled something bloody out in each of his hands.

"What is that?" one deputy can be heard saying in his body-worn camera video that is too disturbing to show.  "Those are ears," another said in disbelief. 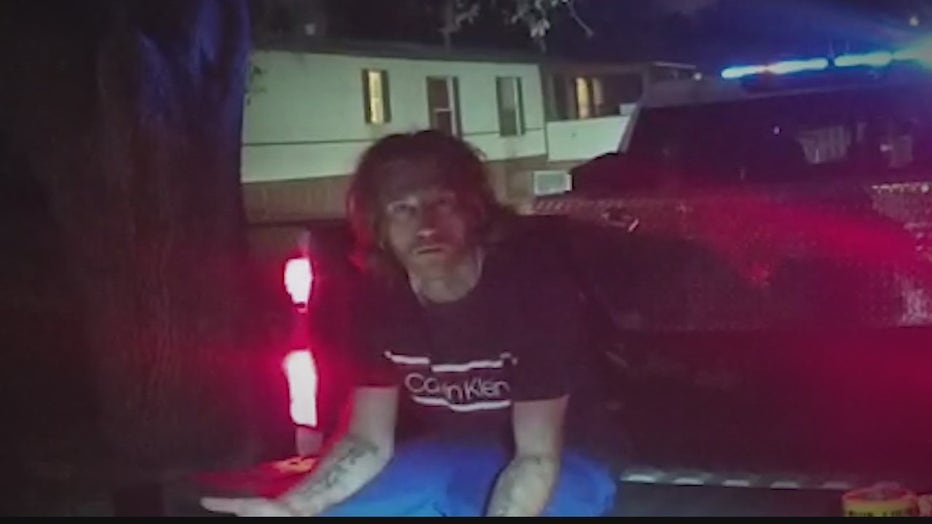 Before calling 911, investigators said Parker called his friend, and that friend called 911 to report the call.

Moments after deputies arrived on the scene, they said Parker asked one of the officers for his gun.  Then, seconds later, they said Parker lunged toward the deputies.  It took five deputies tussling with Parker and a Taser to get him under control.

Deputies noted that Parker’s story to 911 doesn’t add up with the evidence.

"We were smoking a bowl of pot on the table. We were just sitting here talking. And all of a sudden he grabbed a hold of the knife, tried to swing at me and I had to defend myself.  And now he’s sitting here dead," Parker told the 911 dispatcher.

At the scene, deputies looked Parker over.  They asked him to hold out his hands, snapped a few pictures, and noted that he did not have any defensive wounds or injuries. After being arrested, investigators said Parker admitted to deputies that he had pulled out a baseball bat, bashed his grandfather in the head several times before stabbing him.

They said he justified his actions by telling deputies that he wanted his grandfather to be with his grandmother and that it was his time to go.

Deputies said he also confessed to cutting off his grandfather's ears.