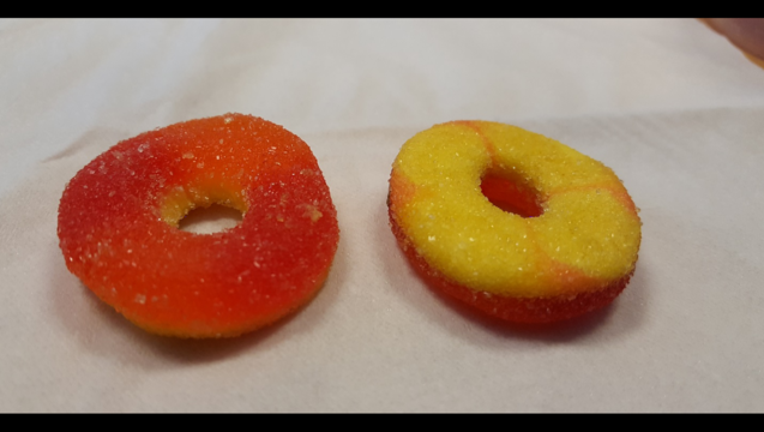 The San Francisco Department of Public Health said the candy that sickened 19 people at a Quinceañera in the Mission District on Saturday night is suspected to be edible marijuana. Aug. 8 2016

Recreational pot is soon going to be legal in California, but some state lawmakers don’t want edible cannabis to look like candy, which would greatly appeal to children.

A bill, introduced by Assemblyman Rudy Salas (D-Bakersfield), passed final legislative approval on Thursday and sent to Gov. Jerry Brown for consideration. In 2016, Brown said he opposed the legalization of pot, but this April, he signed a proposal that would allow marijuana companies to apply for multiple licenses to grow, manufacture, distribute and sell their products.

Specifically, AB350 would prevent California companies from selling marijuana edibles made in the shape of a person, animal, insect or fruit – and that definitely includes gummy bears.

In April, some middle school students in San Diego got sick after a classmate sold them marijuana-laced gummy bears. Last August, 19 people were sickened at  a Quincea-era party in San Francisco after eating edible pot candies.

A JAMA study looked at the unintentional exposure to marijuana among children who were treated at a children’s hospital and regional poison center in Colorado between 2009 and 2015, the year after it became legal for recreational marijuana to be sold in the state, the Observer noted.

Edibles were implicated in over half of the exposures, which included baked goods, candy, and popcorn products.

The bill is cosponsored by Assemblymen Rob Bonta (D-Oakland) and Bob Wieckowski (D-Fremont.)