Chefs with Camping World Stadium are gearing up for the upcoming bowl games.

ORLANDO, Fla. - Orlando Mayor Buddy Dyer and Camping World Stadium's executive chef, Dan Madan, chowed down on hot dogs in the stadium's enormous kitchen. With two college bowl games coming to Orlando in the next week, Madan has thousands of fans to feed.

“It's a lot of logistics, planning, a lot of moving parts - we bring in people from all over the country to come help here,” Madan said.

The Camping World Bowl is on Saturday, with Notre Dame facing Iowa State. This is followed by Michigan and Alabama in the VRBO Citrus Bowl on New Year's Day. Both games expected to draw upwards of fifty thousand fans to Orlando.

RELATED: Michael Vick to still be honored at Pro Bowl in Orlando despite petition

For the games, Madan came up with four unique hot dogs, each one representing the teams' hometowns. 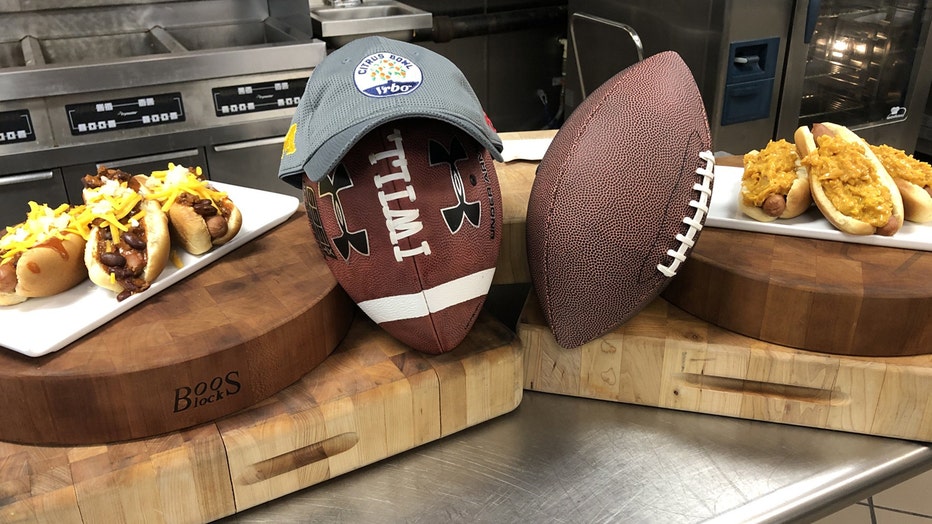 “Well, I research where the town is, I also see if there's any specialty hot dog they do in their stadium,” he said. “We have the fans coming here, so sometimes it's nice to see something from their hometown that's here.”

There will be an Irish beef stew dog for Notre Dame, a Busch Lite chili cheese dog for Iowa State, a Coney chili dog for Michigan, and for Alabama fans there will be hot dogs slathered in something called ‘stadium sauce.’ 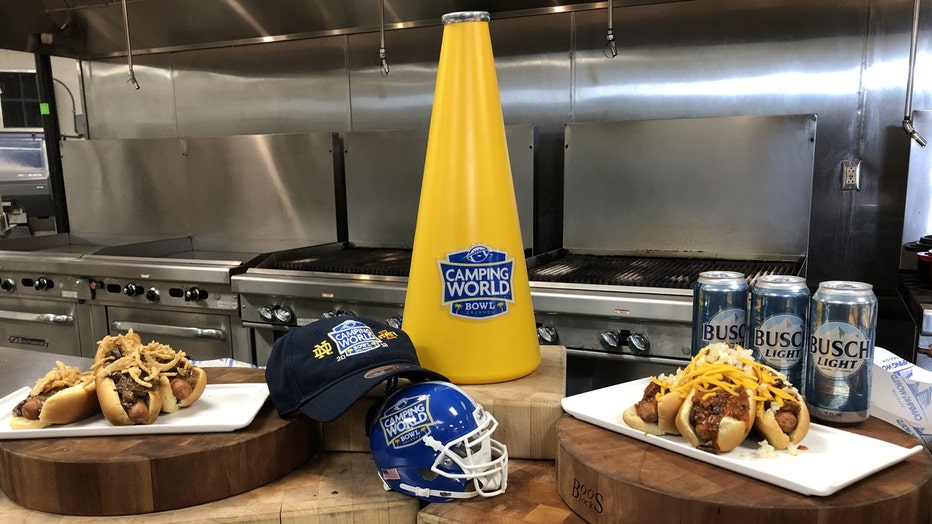 “Stadium sauce is three ingredients - ketchup, mustard, and sauerkraut,” Madan explained, “you mix them together. It's a true thing I promise you, every Alabama fan will buy one of these hot dogs.

Mayor Dyer said the games will be a boost for the city. “Both of these games bring in a huge number of fans, the match ups we have this year especially so.” 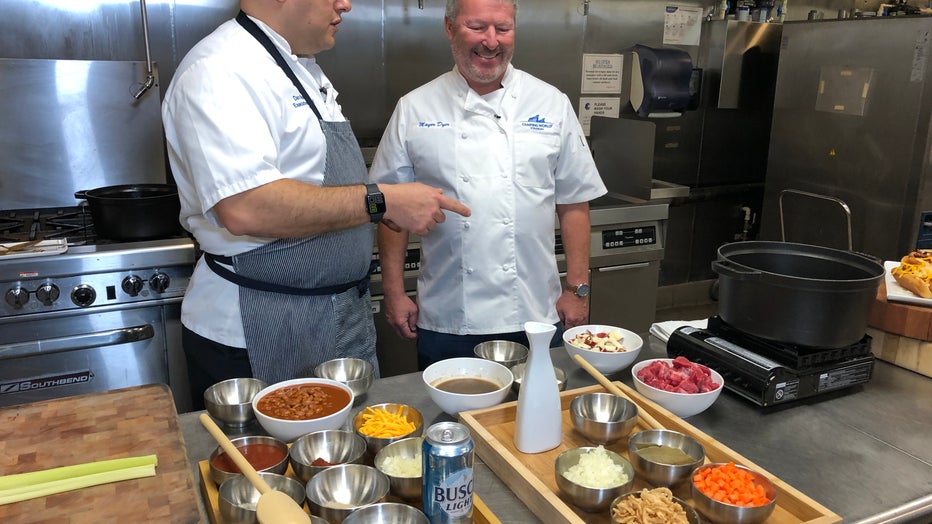 Madan expected to have around 200 staff selling at least ten thousand hot dogs at each game.