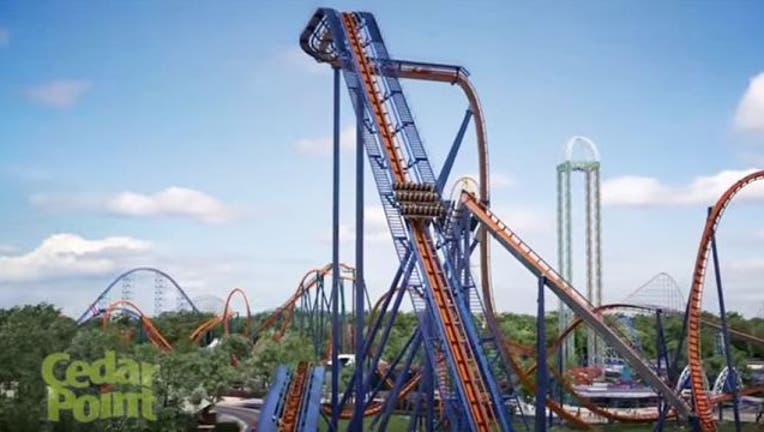 (FOX News) - A new record-breaking roller coaster will be introduced next year at Cedar Point amusement park in Sandusky, Ohio.

The amusement park announced Wednesday that the Valravn dive roller coaster will debut in May 2016. It will be over 3,400-feet-long and include a drop of over 200 feet, making the ride the world's "tallest, fastest and longest dive coaster in the world," reports the Detroit Free Press.

A dive roller coaster is one that includes a free-fall 90-degree drop. Park officials say the coaster will travel at a top speed of 75 mph. The coaster, which is named for mythical Danish ravens that consumed the bodies of the dead on a battlefield and gained supernatural powers, is also set to break several world records.