An artist in Kissimmee is honoring Black victims of violence by painting portraits and delivering them to the victims' families. FOX 35's Samantha Sosa has the story.

After painting a portrait of Ahmaud Arbery, who was chased and killed by armed men in Brunswick, Georgia, Codner drove to Georgia to deliver it to Arbery’s family. He also drove to Louisville, Kentucky to deliver a portrait to the family of Breonna Taylor. She was shot to death while three police officers performed a no-knock search warrant at her apartment.

Codner hopes his art sparks conversation and brings awareness to the incidents, telling FOX 35 Orlando that "I’m dedicating it to the families and honoring them, but also highlighting the social injustice of what’s going on behind it, and what we as regular people we can do to help the situation out."

He started painting the portraits when he heard about three high school athletes in Deerfield Beach whose lives were cut short. Alexis Marion and Bryce Gowdy both died by suicide. Terrance Jackson was shot after attending a funeral for his grandfather. All three deaths happened within two months and shook Deerfield Beach High School.

“I thought that something like that should’ve had national news coverage, just for the simple fact of creating suicide awareness, especially with student-athletes who have a lot on their plate at a young age,” Codner explained. He will travel to Deerfield Beach to deliver the three portraits on Monday. 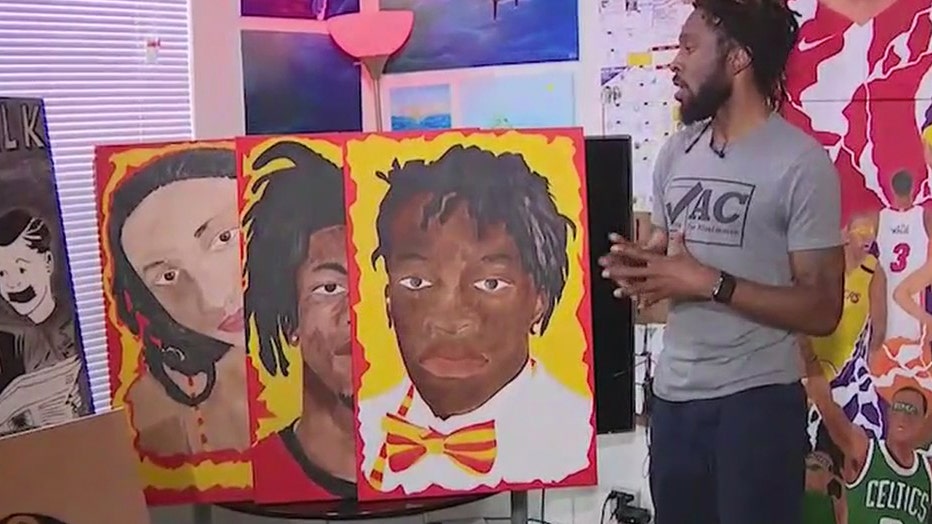 Following that, Codner will travel to deliver a portrait to the family of George Floyd. He will also deliver one to the family of retired St. Louis Police Captain David Dorn, who was protecting a friend’s pawn shop from looters when he was killed.

“It’s something for them [the family] to cherish and hold for the rest of their lives,” Codner said. “They can hang it up and know that other people in the world care about their child. It’s not just them alone, they shouldn’t feel alone.”