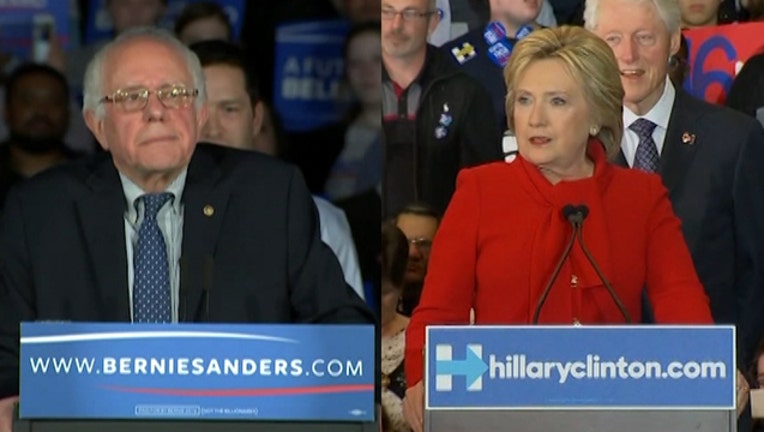 "This has been a turbulent political year, but the Florida Democratic primary looks like a blowout,'' Peter A. Brown, assistant director of the Quinnipiac University Poll, said in a prepared statement released with the poll results. "With her 26-point lead over Sen. Bernie Sanders, Secretary Hillary Clinton would have to undergo a political meltdown of historic proportions to lose this contest."

Clinton edged Sanders in early Democratic contests in Iowa and Nevada and lost in New Hampshire. But Brown drew a distinction between running in those states and competing in Florida, with its large population and major media markets.

"Yes, Sen. Sanders has made up ground in earlier contests, but they were smaller states," Brown said. "Florida is the third most populous state. The type of grass roots organizing that stood Sanders in good stead in Iowa and New Hampshire just isn't doable in mega-state Florida where TV commercials are the coin of the realm."

The poll, conducted from Sunday to Wednesday, showed dramatic differences in support for the candidates based on age and gender.

Sanders, who has energized young voters and small donors, leads Clinton by a margin of 51 percent to 39 percent among voters ages 18 to 44.

Female voters also give a huge edge to Clinton, who is seeking to become the first woman elected to the White House. Clinton leads 69 percent to 24 percent among Democratic women, while Sanders leads by a margin of 47 percent to 43 percent among men, the poll shows.

The poll of 476 likely voters has a margin of error of 4.5 percentage points.