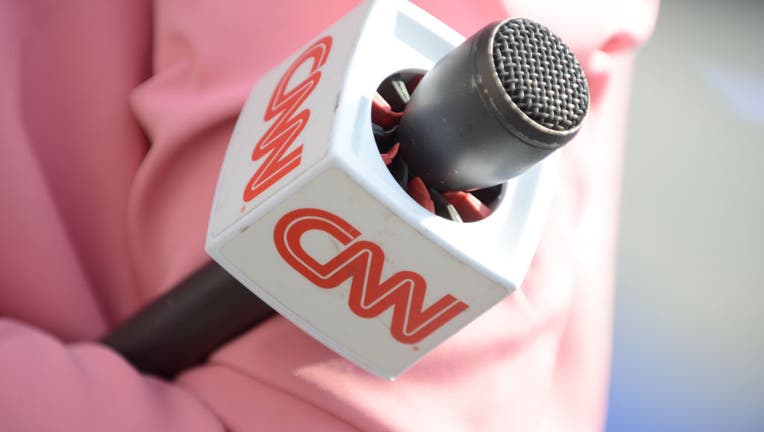 Reporter Omar Jimenez was live on the air when police approached the crew and told them to move. (Photo by Jaap Arriens/NurPhoto via Getty Images)

MINNEAPOLIS, Minn. - Minnesota State Police have released the CNN crew that had been arrested while reporting on the unrest in Minneapolis following the death of George Floyd.

Reporter Omar Jimenez was live on the air when police approached the crew and told them to move. Jimenez expressed intent to comply and asked officers where the crew should relocate.

"Put us back where you want us. We're getting out of your way," Jimenez could be heard saying. "Just let us know, and we've got you."

An officer informed him that he was under arrest. CNN's camera continued broadcasting as the crew was hauled away.

The experience of Jimenez, an Afro-Latino, is in sharp contrast to that of Josh Campbell, a white reporter from CNN. Campbell said he was stationed just a block or so away from where police confronted Jimenez.

Campbell said law enforcement approached him, but didn't ask him to move or arrest him once he identified himself as a journalist.

CNN said police informed a producer that the crew had been arrested for not following orders. The network released a statement demanding their immediate release.

Later in the morning, Governor Tim Walz issued "a very public apology" to the crew at a press conference. He said the arrests never should have happened and accepted all responsibility for it.

After the release, police claimed that the crew was released once confirmed to be members of the media. But CNN refuted the accuracy of that claim, stating that the crew had identified themselves as journalists on live television.

Jimenez's arrest drew condemnation from MSNBC, the National Association of Black Journalists and other professional groups.

Minneapolis erupted into unrest after video surfaced of an officer kneeling on the neck of Floyd. Four officers involved lost their jobs, but protesters have demanded the former officers be charged.

Peaceful demonstrations eventually deteriorated into looting and vandalism, with several buildings in the city being set ablaze.