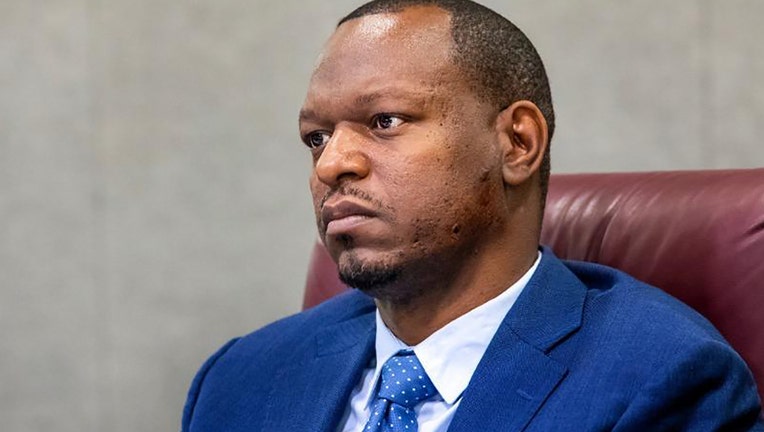 TALLAHASSEE, Fla. - A Senate committee backed a proposal Tuesday that seeks to remember the “bloodiest day in American political history” and compensate descendants of people who 100 years ago were killed, injured or lost land during violence in the Central Florida community of Ocoee.

The Judiciary Committee approved a pair of measures (SB 1262 and SB 1264) that would set up a trust fund for descendants of the 1920 Ocoee Election Day riot, which happened after a black man tried to record the names of others blocked from voting in Ocoee.

While the bill would offer up to $150,000 per victim, the overall compensation package would have to be negotiated by the Legislature.

The proposal by Sen. Randolph Bracy, D-Orlando, also would require information about the riot to be taught in schools and displayed at state museums. It also would require the Department of Environmental Protection to determine if any state park may be named after a victim and for the state to give priority to under the Black Business Loan Program to qualified businesses in areas affected by the riot.

“This is considered the bloodiest day in American political history and it happened right in Central Florida on the presidential election day,” Bracy said. “An entire city was eliminated. They were pushed out of Ocoee. They were either killed, maimed or run out of town.”

Bracy said it’s important the state address the matter because courts worked with local law enforcement after the riot to redistribute hundreds of acres that had been owned by black residents.

Sen. Kelli Stargel, a Lakeland Republican who voted for the bills Tuesday, said issues about compensation continues to be a concern.

“I just have a caution on that,” Stargel said. “Where do you draw the line in going forward and how do you determine in fairness who gets reparations and who doesn’t?”

The only member of the public speaking on the proposals, Yulee resident Seber Newsome III, told the committee he could support the educational efforts but argued against the payment of compensation. Newsome said payments would open the state to claims by any descendants of individuals and groups “for unfortunate events,” from the Seminole Indians Wars to “every white person who has been murdered by a black person since 1920.”

“Why is the state of Florida and its citizens, including myself, being held responsible for something that happened 100 years ago?” Newsome said. “My family had nothing to do with this. But you want me and other Floridians to pay by way of our tax dollars.”

Bracy said he considered $25 million a starting point for budget talks and expects the Senate will be a stronger backer of the proposal.

The funding levels were modeled, in part, on a 1994 decision by the Legislature to compensate African-American families up to $150,000 for damages in the Rosewood Massacre of 1923.

Bracy’s proposals lay out requirements for applicants to prove their relationship to Ocoee victims.

Applicants would have to agree they wouldn’t seek further compensation through a "claim bill" from the Legislature regarding the violence.

“Based on differing reports, between three and 60 African Americans died resulting from the violence on November 2-3, 1920,” according to a Senate staff analysis of the legislation.

“In the days following this violence, the remaining African-American residents fled Ocoee, leaving their homes and property,” the analysis added.

In November 2018, the Ocoee City Commission issued a proclamation stating “the historical record clearly shows that African-America residents of West Orange County in and around what later became the city of Ocoee were grievously denied their civil rights, their property, and their very lives in a series of unlawful acts perpetrated by a white mob and governmental officials on Nov. 2, 1920, and the following weeks simply because they tried to vote, as any eligible citizens should be able to do.”

According to a Senate staff review of Bracy’s proposal, before the 1920 General Election the Ku Klux Klan grand master of Florida warned a politician working to register African-American voters that “there would be serious trouble” if he continued.

The events unfolded after Mose Norman, an African-American unable to vote for failure to pay a poll tax, was seen recording names of others who had not been permitted to vote in his precinct.

After an altercation with the local constable or a group of white residents, Norman went to the home of July Perry, another African-American resident, before fleeing Ocoee.

“Later in the day, some white Ocoee residents formed a posse and were deputized” by the Orange County Sheriff and were charged with arresting Norman and Perry.

The posse went to Perry’s house, wounding Perry and his 19-year-old daughter, Caretha, with gunfire.

July Perry, captured in a sugarcane patch near his house, was first taken to a hospital to treat his gunshot wounds. Later, after being placed in the custody of the Orange County sheriff, July Perry was lynched, hanged and shot by a mob.

The mob then set fire to all black-owned buildings in northern Ocoee, destroying more than 20 houses, two churches, and one fraternal lodge.

The Ocoee proclamation noted that no African-Americans lived in the city for the next six decades, resulting in the area being referred to as a “sundown city.” Sundown cities were communities that blacks were expected to avoid after sundown.