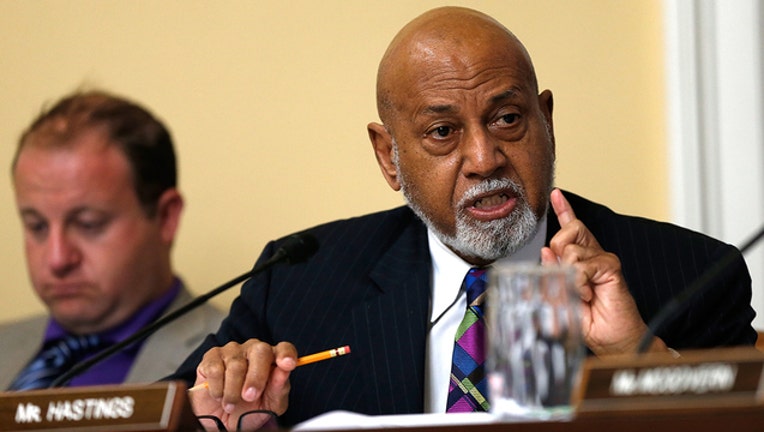 Rep. Alcee Hastings (D-FL) speaks during a debate at a committee meeting July 29, 2014 at the U.S. Capitol in Washington, DC. (Photo by Win McNamee/Getty Images)

“Now that I have begun treatment, I feel hopeful about survival and about my ability to continue serving my constituents of Florida’s 20th Congressional district and the nation,” Hastings, a Democrat, said in a prepared statement. “My doctors have stated that the advancement in the treatment of cancer is evolutionary and the success rates continue to climb resulting in a dramatic decrease in the number of cancer-related deaths.”

Hastings, 82, was first elected to the House in 1992. He was recently named vice chairman of the powerful House Rules Committee. In 2018, Hastings easily won a Democratic primary and faced only a write-in opponent in the November general election.

“I have been convinced that this is a battle worth fighting, and my life is defined by fighting battles worth fighting,” Hastings said in Monday’s statement. “Should it become clear that this cancer which has invaded my body cannot be defeated, I will tell you so.”