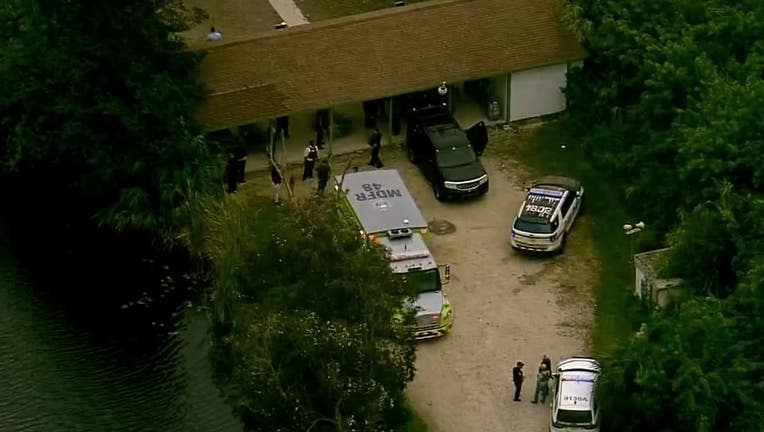 MIAMI Fla. - A United States Customs and Border Protection officer is dead after a shooting at a gun range in Miami Wednesday morning, according to police.

Investigators said the CBP officer was shot while working on duty at the agency's weapons range.

Shortly before 10:30 a.m., officers of both the Miami-Dade and Miccosukee police departments responded to the Trail Glades Range located at 17601 SW 8 Street for reports of a shooting, and learned an officer had been shot. Details regarding what led to the shooting were not immediately available.

Miami-Dade Fire Rescue responded and flew the officer to the nearest trauma center, where authorities said he died of his injuries. 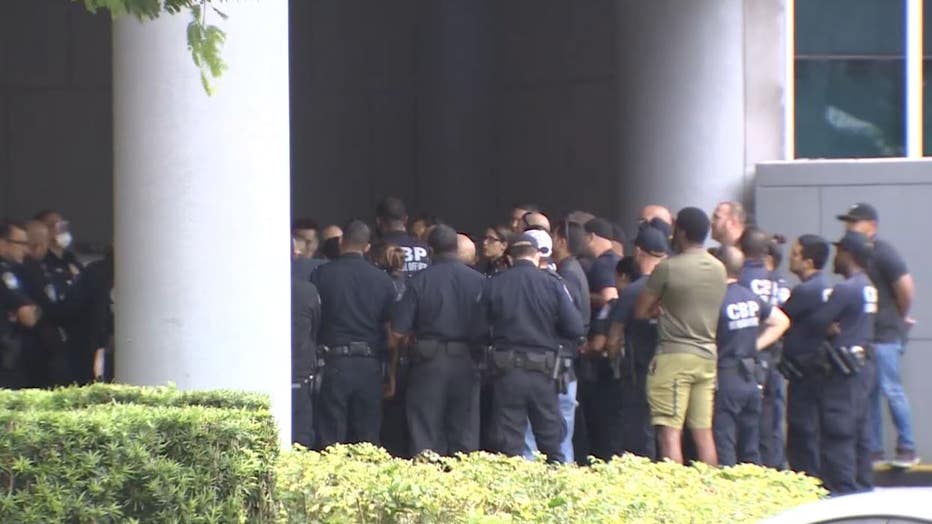 A large law enforcement presence is seen outside the trauma center where a CPB officer died of his injuries following a shooting at a gun range. (Photo via WSVN) 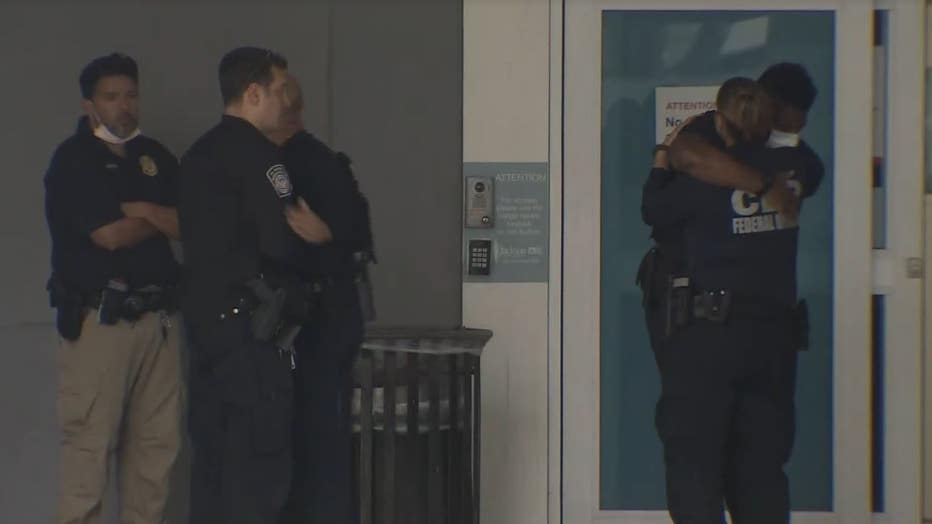 Police officers are seen comforting one another following the loss of a U.S. Customers and Border Protection officer. (Photo via WSVN)

His identity has not been released at this time, but officials told reporters in a news conference that the officer was assigned to Miami International Airport, working as a firearms instructor.