Construction crews have been putting the finishing touches on the Buc-ee’s at the northeast corner of LPGA Boulevard and Interstate 95.

DAYTONA BEACH, Fla. - Anticipation has been building since the Texas-based convenience store chain -- Buc-ee’s -- announced it was coming to Daytona Beach.

Construction crews have been putting the finishing touches on the building at the northeast corner of LPGA Boulevard and Interstate 95.

Cindy Ferrera runs an insurance company nearby. She’s ready to see what all the hype is about.

"We’re all so curious because the store is as big as a Publix so we’re just trying to figure out what they have in that store. It's really kind of exciting," she said.

She said she’s excited to see the rapid growth at the interchange that she says has boomed in the last six months.

John Albright is the CEO of CTO Realty Growth. He tells FOX35 his company sold the 35-acre land to Buc-ee’s.

He said because of its proximity to I-4 it was only a matter of time big names would put down roots. The area has seen major additions like Tanger, Sam’s Club, and Trader Joe’s. 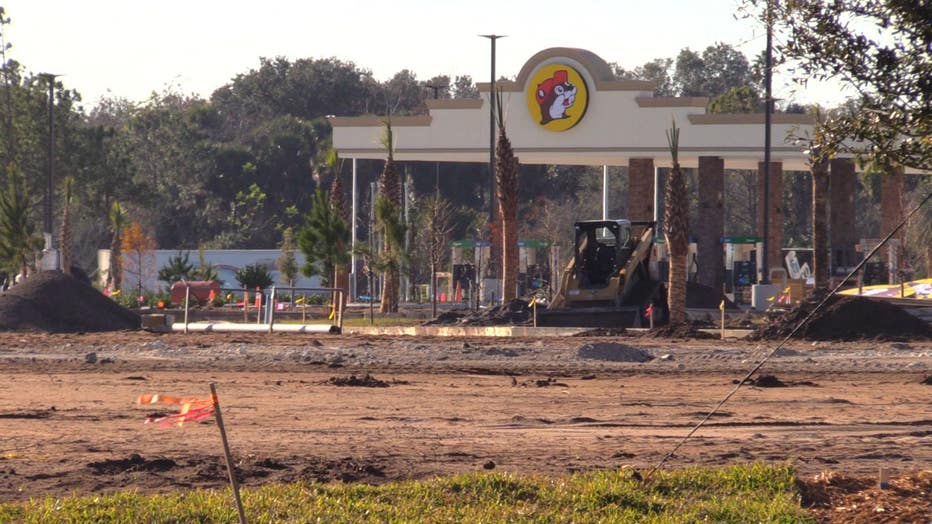 We asked him why the popular convenience chain chose Daytona Beach as its first Florida location.

"I asked them the exact same question you’re asking. They’re really looking for places that people are driving to for vacations or for that path," he said.

He added the location allows them to attract Daytona Beach visitors and those headed to Orlando for the theme parks. Ferrera said she thinks the company sees potential.

"They see us in a different light you know we’re not the same resort town we were years ago," she said. A spokesperson for the company said the Daytona location is set to open on March 22, 2021.