Day of 8 protests in Downtown Orlando

Saturday marked eight days of protests over the death of George Floyd in Downtown Orlando.

ORLANDO, Fla. - Protesters are gathering in Downtown Orlando on Saturday afternoon to continue calling for justice in the wake of the death of George Floyd.

Hundreds of demonstrators showed up for the "Orlandoblackoutmarch2" event. 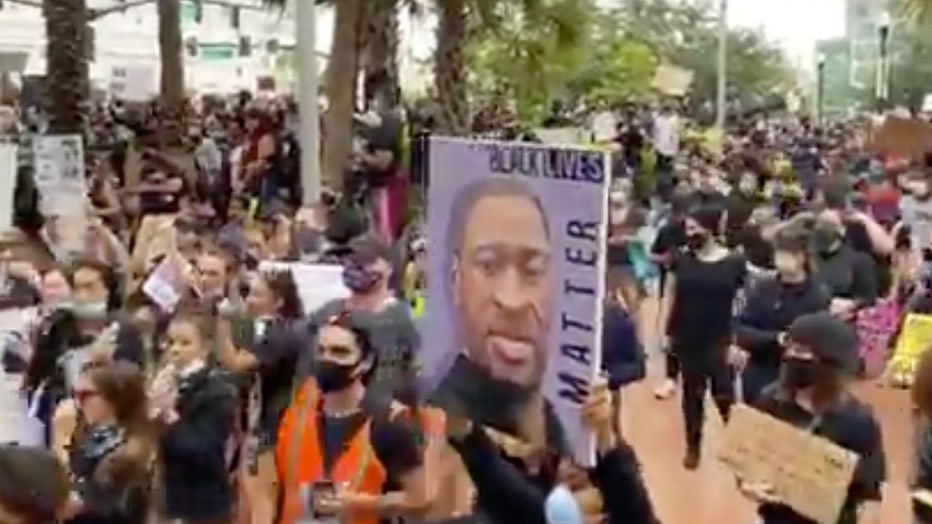 RELATED: Police officer comforts crying little girl who asked 'are you gonna shoot us?' during protest

FOX 35 News was there as groups marched through downtown Orlando, holding signs and chanting following a week of nationwide protests. 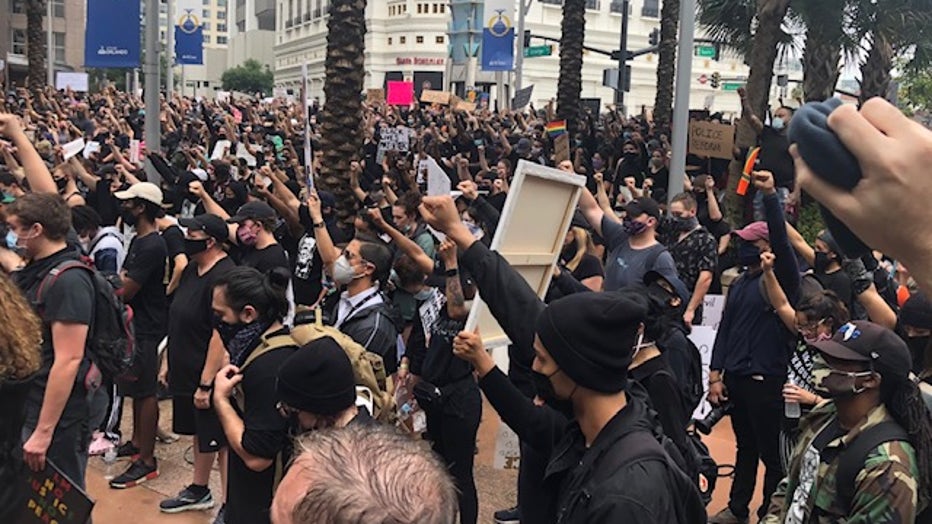 The protest began at the same time that a second memorial service was being held in North Carolina where Floyd was born. The first service was held in Minneapolis on Thursday -- the city where he died while in police custody. 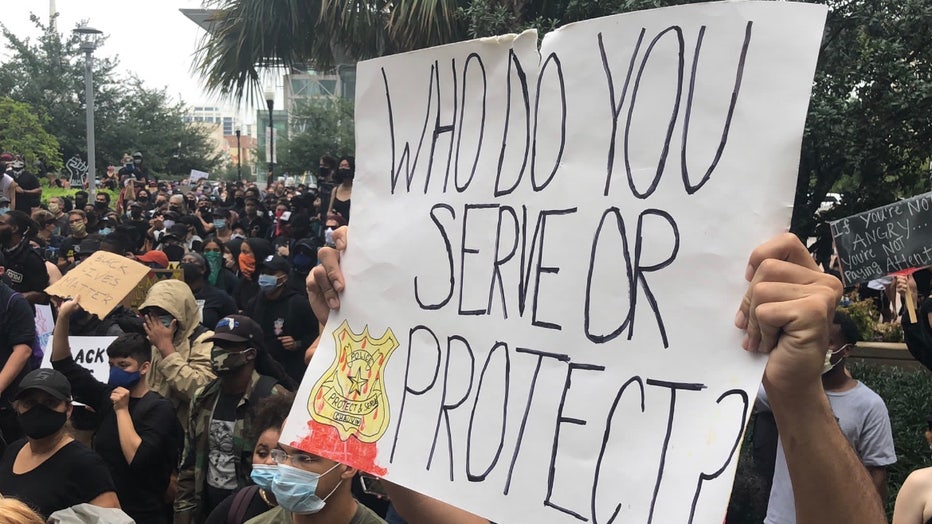 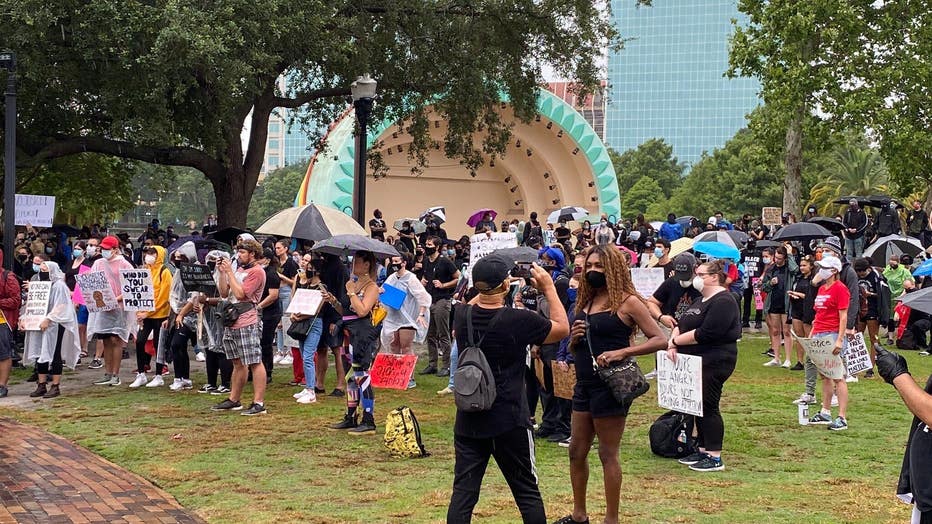 Hoke County Sheriff Hubert Peterkin said there was a public viewing and a private memorial.

"The memorial is about the life that Mr. George Floyd lived and this is a time to embrace the family with expressions of love and kindness."