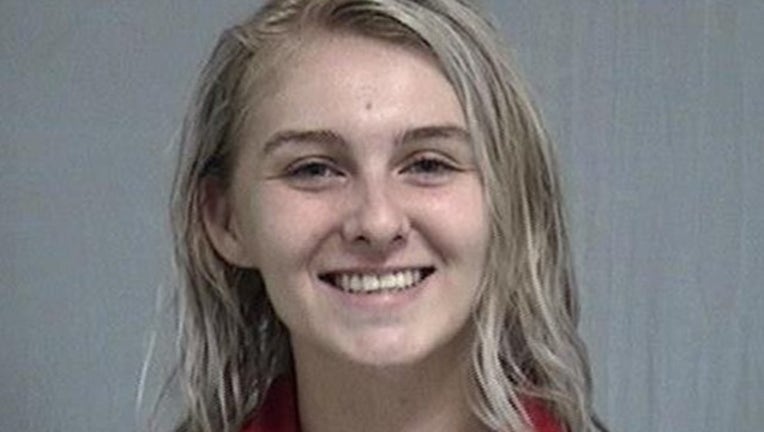 NASSAU COUNTY, Fla (FOX 35 ORLANDO) - A Florida teenager is facing assault charges after police say she attacked her grandparents and chased one of them with a knife after her request for more tomatoes during dinner was denied.

According to the Nassau County Sheriff's Office, Katie Jade Gates, 19, was having dinner with her grandparents at her family's home in Callahan on Sept. 12. Gates grandmother reportedly told authorities that the teen became angry because "she wanted to eat more than her fair share of tomatoes at the dinner table."

RELATED: 600-pound truck stop camel sits on Florida woman, who then bites its testicles to get free

Gates reportedly began to throw a fit, throwing a water bottle where her grandfather was sitting and pack of cigarettes at her 73-year-old grandmother, hitting her in the eye, according to the incident report.

When her grandfather tried to confront her about her behavior, Gates allegedly grabbed a knife, chased him with it and yelled, "Motherf—ker, I’ll stab you in your f—king face." Family members say Gates “continued to underhand poke and overhand strike at him with the knife in her hand while yelling obscenities.”

The teen is charged with aggravated assault with a deadly weapon and aggravated battery on a victim over the age of 65. The New York Post reports that Gates was released from jail on $18,000 bond.