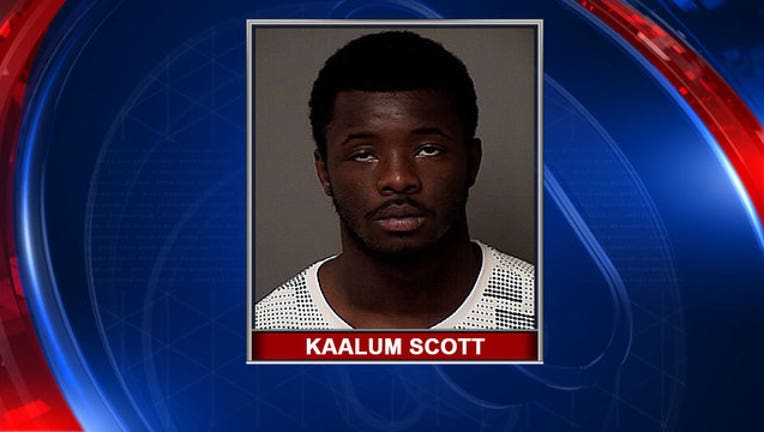 The victim briefly knew the suspect, Kaalum Scott, when he previously lived in their neighborhood and began communicating with the girl through the mobile app Kik, according to authorities.

During chats, investigators said Scott tried to convince the girl to engage in sexual activity and when she declined, he threatened to harm her and her family.  In one online encounter, Scott allegedly sent a photograph of a gun to the victim and threatened to shoot her and her family.  In fear for her family, the victim told authorities she met with Scott, who forced her to perform a sex act.

Scott was arrested on Wednesday and charged with sexual battery.  He was booked into the Osceola County Jail.