The woman was caught after an argument with her roommate over rent.

ORMOND BEACH, Fla. - A Volusia County woman is behind bars after deputies say she robbed a Publix in Ormond Beach after having a fight with her landlord over being behind on rent.

Kayla Kangas, 28, is charged with robbery and grand theft.

According to deputies, they were called to a home at 18 River Drive in Ormond-by-the-Sea on Friday morning to handle a dispute between the landlord and two tenants who were behind on rent.

While still speaking with the landlord, dispatchers notified deputies about a robbery at a Publix. 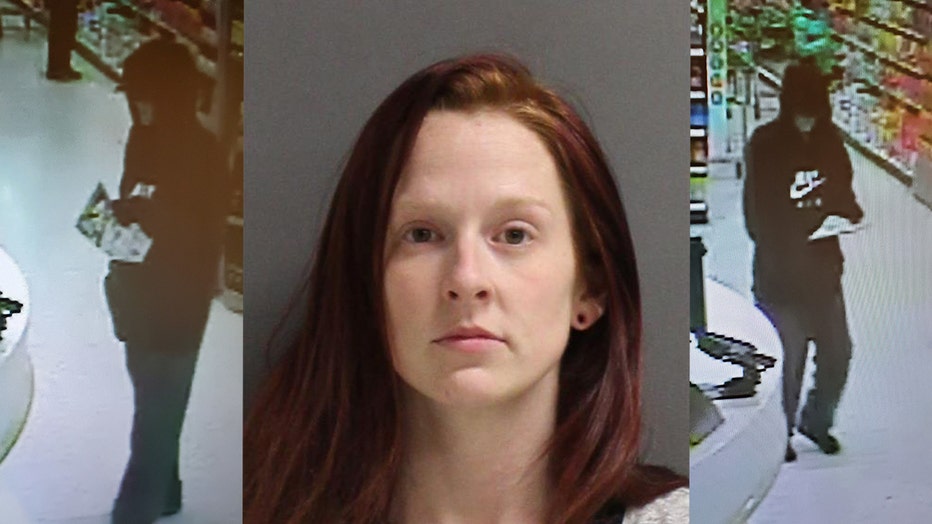 The deputy went to the Publix where "an employee at the customer service desk said a female suspect in her 20s approached the counter, passed a note demanding money, took the cash and left. She was wearing a dark baseball cap, a dark hooded Nike sweatshirt with the hood pulled over the cap, and dark pants."

While searching for suspects, the deputy contacted the landlord again to see if Kangas had returned.

"The landlord said she'd come back in a hurry almost immediately after the deputy left, that she was wearing the same clothes as depicted in the video, and that she'd picked up her boyfriend and left 'like a bat out of hell,'" the Sheriff's Office said.

Kangas was found during a traffic stop later that afternoon. She was taken to the Volusia County Branch Jail, where she remains in custody on $10,000 bond.