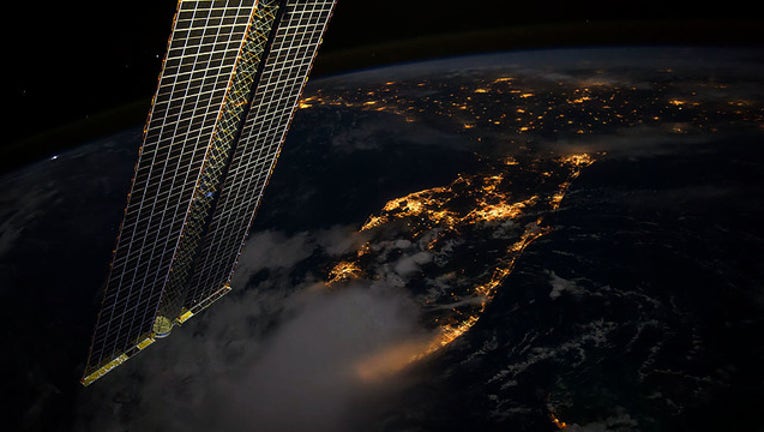 DeSantis, participating in “Space Day” events Tuesday at the Capitol, said he is requesting that a “space combatant command” as part of Space Force be located in Florida.

“I think we have, obviously, facilities such as Cape Canaveral where that would be a natural fit,” DeSantis said. “I think that would be very good for the state of Florida. But I also think, given our history in space, given all the resources that are now in Florida, I think it would make a lot of strategic sense to do that.”

Trump on Tuesday signed a directive --- Space Policy Directive 4 --- ordering the Pentagon to draft legislation for Congress that would create the Space Force as a part of the U.S. Air Force, which currently manages the space domain through the U.S. Space Command.

Trump has for nearly a year pushed for the creation of a Space Force as the sixth armed-service branch, joining the Air Force, Army. Marine Corps, Navy and Coast Guard.

DeSantis said the space combatant command would be similar to the U.S. Special Operations Command at MacDill Air Force Base in Tampa and the U.S. Southern Command in Doral.

“We look forward to working with the White House on that,” DeSantis said. “But I think that would be very good for the state of Florida if we were able to get that done.”

Congress has questioned the cost of a new military branch, and opposition is expected to grow after Democrats began running the U.S. House last month.

Trump is expected to request money for the program as part of the administration’s proposed budget that will likely come out next month.

“There’s a lot of logic for putting the combatant command close to point of operations, and that is going to be Florida and in particular the cape area,” DiBello said. “The Cape Canaveral Spaceport is developing the capability for rapid response and for multiple launches, sometimes near simultaneous launches. And we hope over the next decade to be, from a capacity point of view, able to get up to 100 launches a year.”

DeSantis also spoke of a “reinvigorated” NASA, which is now under Administrator Jim Bridenstine, a former colleague of DeSantis in Congress.

“He’s really committed to what Florida can do,” DeSantis said of Bridenstine.