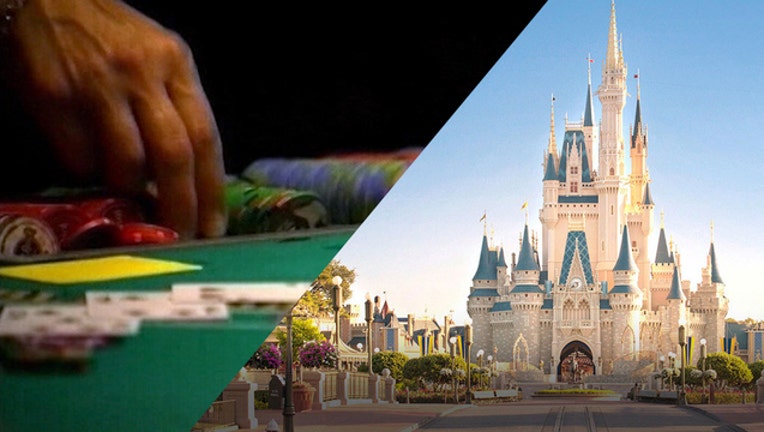 TALLAHASSEE, Fla. (NSF) - In a major escalation of their support, Disney Worldwide Services and the Seminole Tribe of Florida each plowed $5 million last month into a proposed constitutional amendment that would make it harder to expand gambling in the state.

Disney and the tribe had already provided almost all of the money for the political committee Voters In Charge, which collected enough signatures to get the amendment on the November ballot. But with the $5 million contributions in April, Disney had funneled a total of $9.655 million, while the tribe had contributed $6.775 million, according to a state campaign-finance database.

Disney has long opposed the possibility of casino gambling in the state. The tribe, meanwhile, operates casinos but has battled proposals that could expand gambling at pari-mutuel facilities.

The proposed constitutional amendment will appear as Amendment 3 on the November ballot. If approved by 60 percent of voters, it would change the Florida Constitution and give voters the "exclusive right to decide whether to authorize casino gambling."  It would require voter approval of casino-style games in the future and effectively reduce the power of the Legislature and governor to decide gambling-related issues.

As of April 30, the Voters In Charge committee had nearly $10.2 million in cash on hand, according to a newly filed finance report.