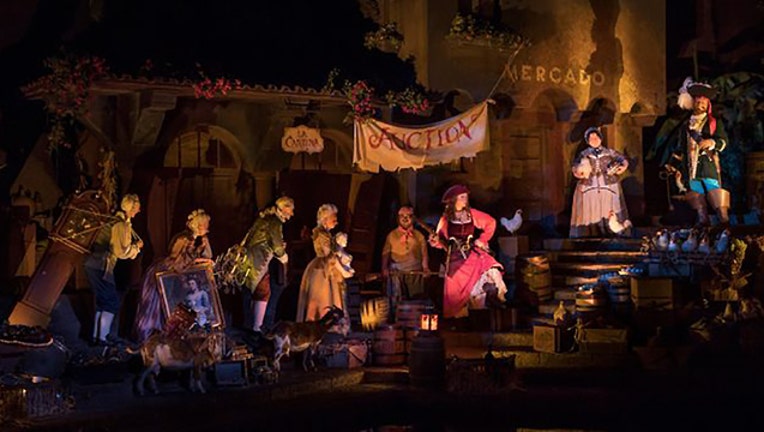 ORLANDO, Fla. (WOFL FOX 35) - The "Pirates of the Caribbean" ride at Walt Disney World Resort has lost a famous scene where a bound and tearful woman is on the auction block for pirates to buy as a wife, as they chant “We wants the redhead!”

Guests at the Magic Kingdom on Monday were introduced to the new version of the attraction’s auction scene.  The pirate auctioneer now oversees a sale of the townspeople’s most prized possessions and goods, and the familiar redhead that was being auctioned is now a pirate herself, named Redd.  Holding a gun in her hand, Redd has just pillaged the town’s rum supply and has something to say about it.

The change is the most recent of several updates to the ride to match modern sensibilities, including one where a scene was altered to have pirates chasing a woman's food instead of the woman.

Alterations were already made on the same attraction at Disneyland Paris last year.