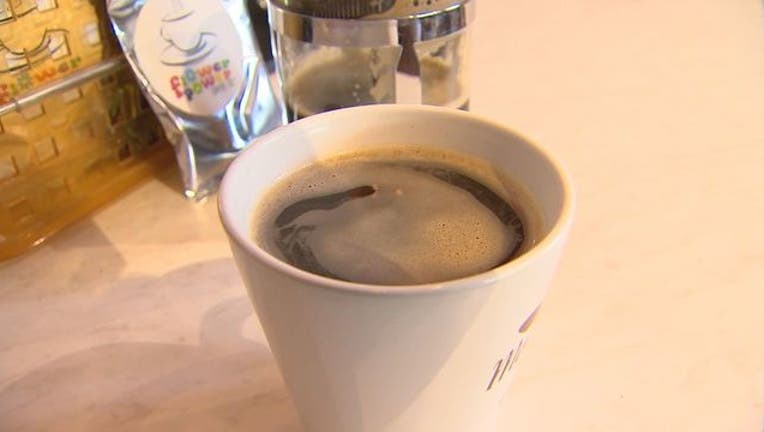 CLERMONT, Fla. (WOFL FOX 35) - Could your cup of joe really be the bad guy? Could that morning pick-me-up that so many of us need to start the day actually be increasing our risk of one of the deadliest illnesses?

This one really started gaining traction early this year as judges in California considered forcing coffee shops to put a cancer warning on their products. Just this week, the decision was affirmed in Los Angeles saying coffee should carry the warning.

Groups that brought the lawsuit said coffee shops failed to warn about a chemical in the drink that has been linked to cancer in scientific studies.  But is coffee really going to kill you?

Dr. Jamin Brahmbhatt from the PUR Clinic in Clermont helped us break down the studies on the matter a little closer.  Dr. Brahmbhatt said they all really center on the chemical acrylamide, which is a by-product of the roasting process. It’s a naturally occurring thing here, but according to the National Cancer Institute, it’s also found as a chemical in several industrial processes and other places.

However, while coffee has become the target of concern in a lot of headlines, Dr. Brahmbhatt said it’s not the only place acrylamide shows up in our food.

"Any food that you're eating -- if it's fried or if it's heavily baked or if it looks burnt and highly toasted -- it probably has some form of acrylamide in it,” said Dr. Brahmbhatt.

He said hash browns, French fries, burgers, toast, breads, potato chips, and a lot of other spots all show levels of acrylamide.  The more burnt, fried, or baked something is, he said the higher the levels of the chemical.

Don’t go throwing out your pantry supplies just yet though.  Dr. Brahmbhatt said one of the key points of a lot of the studies on acrylamide is that amount of the chemical that is used, compared to the amount we actually consume in our foods. Hint: it’s not even close, he said.

"When you actually look at this study in depth, they gave these animals a whole bunch of acrylamide, like something we'd never be able to consume, like maybe even in a whole life time,” said Brahmbhatt.

So in other words, he said the risks seem small. In fact, Brahmbhatt and a lot of other physicians have gone on the record in favor of coffee, saying that its positive benefits seem to outweigh any dangers from acrylamide.

However small the amounts though, the acrylamide is still there and the links to cancer are still there, so Brahmbhatt said those who are concerned can take some simple steps to limit their acrylamide exposure.

For example, you can opt for dark roasts which he said carry lower amounts of acrylamide.  You can avoid instant coffees, which tend to have higher levels of the chemical than brews.  Dr. Brahmbhatt also recommends cutting back on creamers and sugars in your coffee, saying that the drink tends to become more of a high-calorie burden the more of that you add.

In food, avoid heavily fried, toasted, or burnt items.  Brahmbhatt said to turn that toaster down a bit, to reduce the chemical’s footprint.