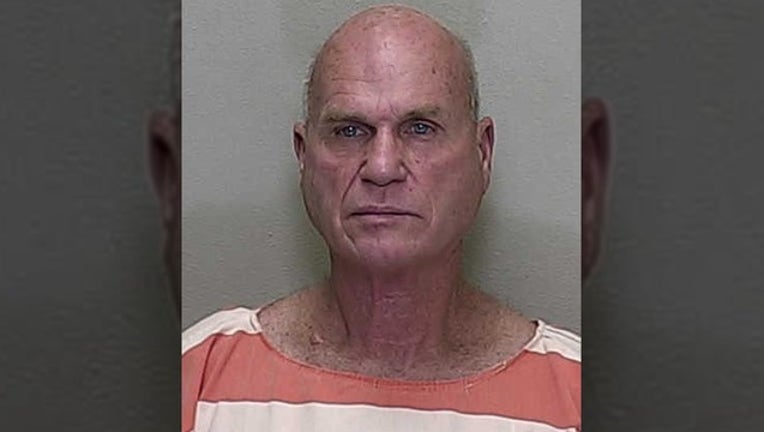 MARION COUNTY, Fla. (FOX 35 WOFL) - An elderly man was attacked after approaching a man about his dog not being on a leash.

The Marion County Sheriff's Office says that they responded to Ocklawaha Recreational Park in reference to a battery.

Upon arrival, they say that contact was made with a 70 year-old victim, who said that as he was jogging through the park, he noticed a man walking his dogs in the park without a leash. The victim told the man that his dogs needed to be on a leash. The man became irate and began to follow and harass the victim. He then hit the victim with his backpack, causing the victim to fall to the ground. The man then punched the victim several times.

The Sheriff's Office says that blood was all over the victim's face when contact was made.

The attacker, identified as 69-year-old David Redmon, was arrested. He is reportedly being charged with Battery on a Person 65 of Age or Older and has been transported to the Marion County Jail.