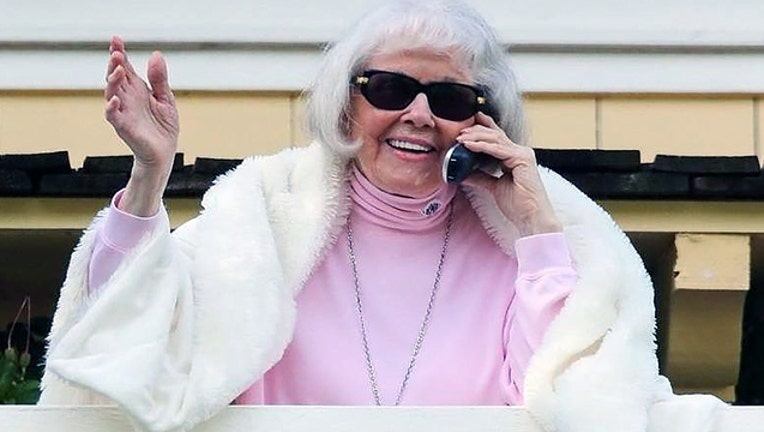 TALLAJASSEE. Fla. (NSF) - Supporters of a proposed constitutional amendment that would ban greyhound racing at Florida dog tracks got a $1.5 million boost from a foundation established by Doris Day, the critter-loving movie star who’s devoted much of her life to rescuing animals.

The Doris Day Animal League made the contribution last week to the Committee to Protect Dogs, a group backing the ballot measure known as Amendment 13, according to committee co-chairwoman Kate MacFall.

The money will be spent on a $1.85 million ad buy, starting in October, for advertising spots in the Tampa, Miami and Orlando media markets.

“Truly this is a turning point, and a very positive turning point, for the campaign, that Doris Day made this a priority and her generosity to help the greyhounds,” MacFall told The News Service of Florida on Friday.

MacFall, who also serves as state director for The Humane Society of the United States, said a majority of Floridians support the amendment when they learn more about the issue. MacFall and other backers of Amendment 13 are hoping that the 96-year-old Day’s money --- and the ads --- will help the proposal reach the 60 percent threshold required for constitutional amendments to pass.

“It’s an exciting time for us because we know, from our polling, that when Florida voters know dogs are confined 20 to 23 hours a day, they’re being injured and one dog is being killed every three days, they will support Amendment 13. It’s just making that connection,” she said.

The committee secured the pre-election advertising time on Friday, a day after opponents of the proposal tried to persuade a Tallahassee judge to strip the amendment from the November ballot. The Florida Greyhound Association, which represents breeders, owners and trainers, contends the ballot title and summary are misleading.

Major Harding, a former Florida Supreme Court justice who represents the greyhound association, told Leon County Circuit Judge Karen Gievers the ballot title and summary are misleading on several grounds, including the fact that the proposed constitutional amendment would not ban all dog-race wagering in the state.

The measure, placed on the ballot by the state Constitution Revision Commission, would require the state’s greyhound tracks to eliminate dog racing by 2020, but allow tracks to keep other gambling activities, such as poker or slot machines, where they are permitted. The proposal would still allow tracks to conduct betting on dog races that are broadcast from outside the state, Harding argued Thursday.

Harding also said the title and summary make no mention of a provision in the amendment that establishes “the humane treatment of animals” as a “fundamental value” of the people of Florida.

That provision could be broadly applied and impact other activities involving animals, such as university research, he said.

“Fundamental value language is important and has significant legal effect,” Harding said, noting the only other mention of a “fundamental value” in the state Constitution is related to public schools.

Gievers did not immediately issue a ruling.

MacFall accused the greyhound industry of “a desperate attempt” to keep voters from deciding on the racing issue. “We feel really confident that it will go favorably for our side,” she said.