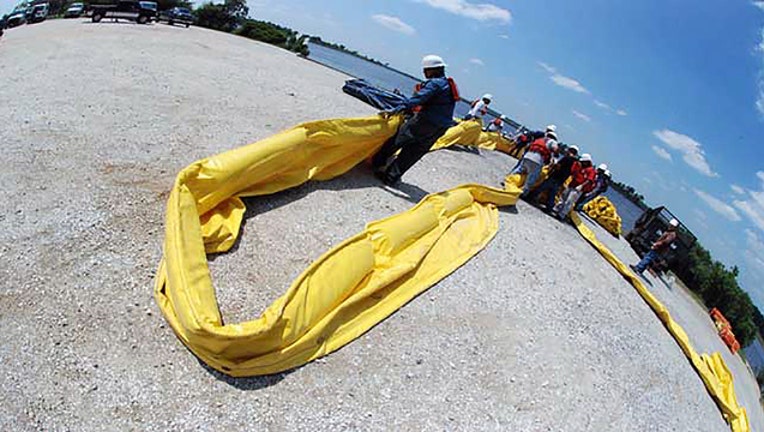 TALLAHASSEE, Fla. (NSF) - Florida’s nearshore waters would be off limits to future oil and gas drilling under a measure that moved closer Tuesday to appearing before voters in November.

The state Constitution Revision Commission voted 32-1 to advance a proposal (Proposal 91) that seeks to prohibit oil and gas drilling within about three miles of the East Coast and nine miles of the Gulf of Mexico coast.

“These things (oil rigs) are not what we want along our shorelines,” said Commissioner Jacqui Thurlow-Lippisch, a former mayor of Sewall’s Point who sponsored the proposal. “We want to protect our natural resources and our scenic beauty.”

Thurlow-Lippisch said her proposal is a needed “statement” to help the economy, wildlife and quality of life for Floridians.

“It doesn’t matter if you are rich or poor, or black or white or an alien from outer space, if you get to come here, you can walk the beaches and enjoy what they are,” Thurlow-Lippisch said.

Florida law currently prohibits the state from granting leases to drill for oil or natural gas in state coastal waters. But putting a drilling ban in the Constitution would be more permanent.

Thurlow-Lippisch’s proposal wouldn’t impact the transportation of oil and gas products produced outside those waters.

The proposal comes amid debate about Trump administration plans to allow oil and gas drilling in federal waters off various parts of the country. U.S. Interior Secretary Ryan Zinke appeared in January in Tallahassee and said drilling would not occur off Florida’s coasts, but the administration’s stance has continued to draw questions. The issue involves waters beyond the nation’s outer continental shelf --- a jurisdictional term describing submerged lands 10.36 statutory miles off Florida's West Coast and three nautical miles off the East Coast.

Former state Senate President Don Gaetz, a Niceville Republican who is a member of the Constitution Revision Commission, recalled the deadly 2010 Deepwater Horizon disaster in the Gulf of Mexico and said the goal is for it not to happen again.

“Even the perception of oil reaching our Florida beaches, on the Northwest Florida coast, brought our economy, which is largely dependent on tourism, on its knees,” Gaetz said. “The economic damages that we suffered were in the billions of dollars.”

The region has been able to rebound in part through a settlement with BP. About three-quarters of the $2 billion the state is expected to receive will go to the non-profit organization Triumph Gulf Coast, which will direct money to economic-development projects in Northwest Florida.

Constitution Revision Commission member Gary Lester, a vice president of The Villages who was appointed to the commission by Gov. Rick Scott, cast the lone vote against the drilling-ban proposal.

Sen. Tom Lee, a Thonotosassa Republican and member of the commission, advised Thurlow-Lippisch --- while voting for the proposal --- to consider adding a definition of drilling to offset the need for a future constitutional rewrite.

“I can see a day where technology is advanced to a point where someone may be able to do something with a level of comfort, security and safety that would satisfy you and the rest of us, that they could protect Florida’s Gulf Coast and still accomplish the objective we don’t want them accomplishing through what is loosely called drilling today,” Lee said.