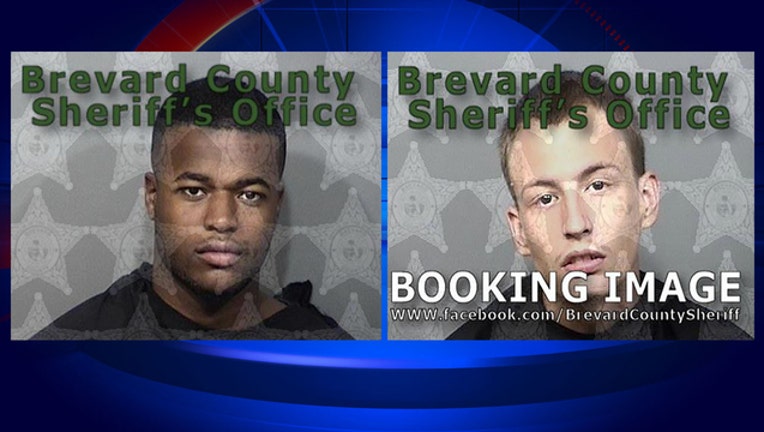 TITUSVILLE, Fla. (WOFL FOX 35) - Titusville police officers say they were able to solve a home invasion case, because of a vital piece of evidence which was left at the scene.

Investigators said they found a cell phone which was dropped during an alleged armed home invasion over the weekend.  That led detectives to the arrest of two suspects.

Dylan Mikail Robinson, 20, and Marquis Daquan Cook, 20, both of of Titusville, are charged with aggravated assault with a deadly weapon, aggravated battery with a Deadly Weapon, first-degree felony with a deadly weapon, and robbery with a firearm.  Robinson faces an additional charge of possession of a firearm by a convicted felon, while Cook faces a violation of probation of charge.

Officers on Sunday responded to a call at a home on Prairie Lane. Both victims were beaten and the suspects stole property and cash, police say.  One of the suspects inadvertently dropped his cell phone, which was recovered as crime scene.

The victims of the armed home invasion sustained non-life threatening injuries. Robinson and Cook were booked into the Brevard County Jail and are currently being held without bond.