At least 119 falsified voter registration forms have been identified in Lake County.

“You would have to ask that person,” Lake County Supervisor of Elections Alan Hays said. “I wonder myself. I’ve wondered quite a bit. Why would someone do this?”

Lake County’s Supervisor of Elections said last week his office started getting calls from voters who received new voter registration cards, notifying them their part affiliation had switched from either Democrat to Republican or not affiliated to Republican.

“The integrity of our voter registration database is of paramount importance,” Hays said. “That integrity is still intact.”

Since then, he has been working with the Sheriff’s Office and the State Attorney’s Office to get to the bottom of what happened. 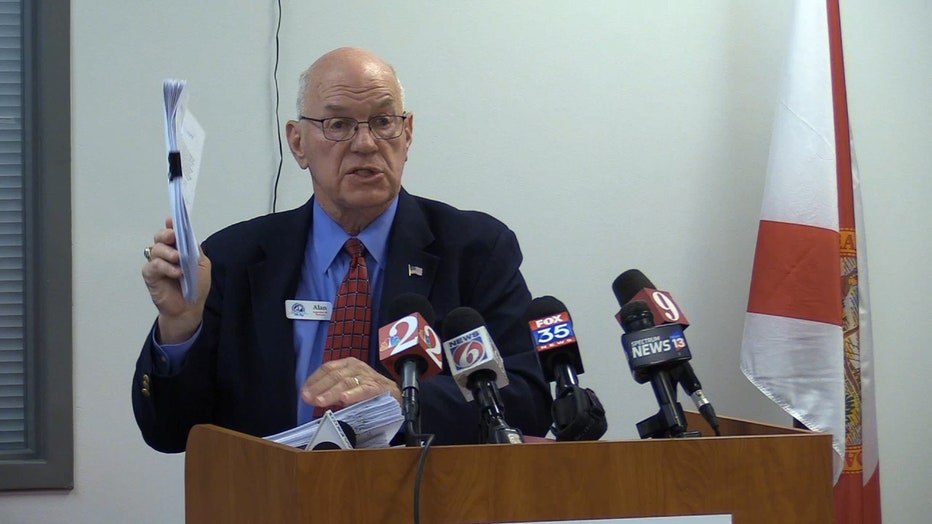 “Obviously, I think it is fair to say that we all have a lot more questions right now than we do answers, but I can tell you we’ve made a lot of progress in a short amount of time,” Lt. John Herrell with the Lake County Sheriff’s Office said. “We have identified a person we think is responsible.”

Deputies are still searching for that person.

In the meantime, the supervisor said there were about 20 voters whose affiliations were switched. He said there should not be anyone affected by the falsified registrations.

“We, as a group, are working diligently, fervently to keep the integrity of that system intact and we feel very confident that we’re ahead of this thing,” Hays said.

The supervisor said voters whose affiliations were switched will be given a new ballot and a special envelope to put it in when they vote.

They said if you received a new card registration card with the wrong party affiliation or a letter in the mail, you should give their office a call.

Tune in to FOX 35 News for more about this election incident in Lake County.