An estimated 10 percent of all vehicles will be electric by 2025. With that increase, it poses new challenges for firefighters in case they encounter a fiery vehicle crash.

SANFORD, Fla. - An estimated 10% of all vehicles will be electric by 2025. With that increase, it poses new challenges for firefighters in case they encounter a fiery vehicle crash.

The Seminole County Fire Department said those lithium-ion batteries are known to reignite.

According to the National Fire Protection Association, half of all fire departments are unprepared for electric car fires.

In Seminole County, they are continuously training for electric and hybrid vehicle fires. 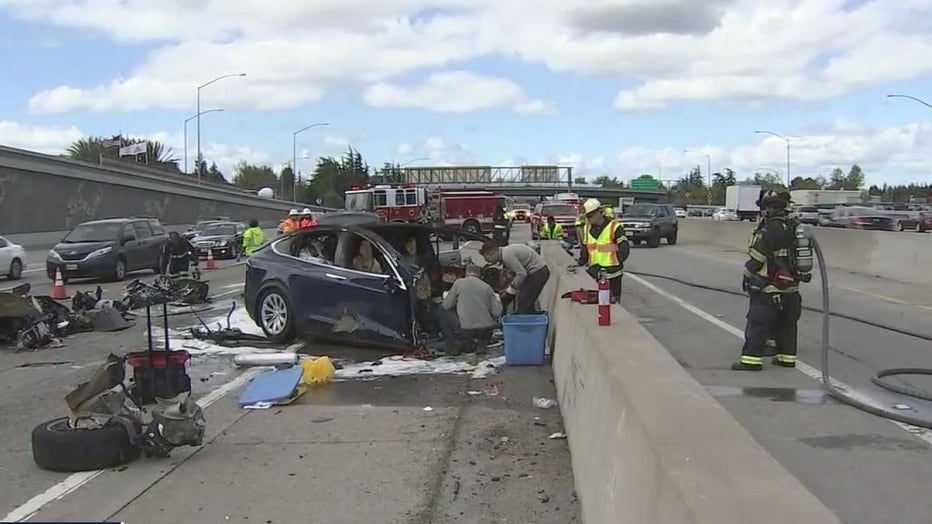 "On electric vehicles, the whole floor pan usually is a battery, so that creates an extra challenge because sometimes we have to lift the car and actually get water underneath it to cool that battery," Evans said.

Officials said the batteries in electric vehicles emit high levels of heat, which can cause them to reignite. That means firefighters may have to constantly soak the vehicle for up to 45 minutes.

"It could take anywhere between 500 gallons and 8,000 gallons to extinguish these fires," Evans added.

To put that in perspective, one fire truck carries 750 gallons, so one electric car fire could require up to 10 trucks.

Fire officials said there are no fire hydrants along Interstate 4, which is why the barrier walls were piped and plumbed with access to hydrants on the other side in case of a fiery vehicle crash.