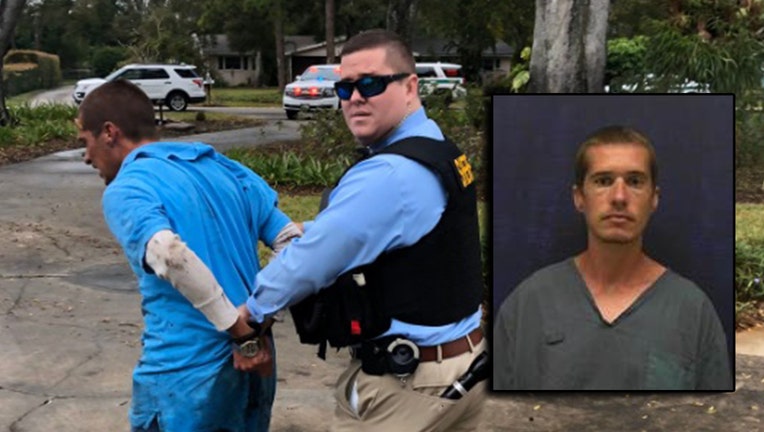 OKEECHOBEE, Fla. - Authorities say a Florida inmate who escaped while working on his outside work squad assignment in Okeechobee is back behind bars after a multi-county search.

The Sheriff's Office said witnesses led deputies to an area where they believe Howton-McLaughlin was. That's when a deputy spotted him and gave chase. A Sheriff's Office K-9 ended up catching him and he was taken back into custody.

"Glad to have him back in custody and off the streets," the Sheriff's Office tweeted.

Howton-McLaughlin is currently serving an eight-year prison sentence for trafficking in stolen property and burglary.

"An immediate lockdown and full count of the facility was conducted, and one inmate was discovered missing from his assigned location, along with an Florida Department of Corrections vehicle," officials said.

State and local law enforcement officials coordinated a large-scale search effort focusing on highways and roads in the multi-county region.