TAMPA, Fla. - In early March 2021, a Tampa police officer intentionally drove into the path of a wrong-way driver to stop him. Now, his family is suing the state's transportation department, claiming they failed to maintain an early detection system for wrong-way drivers.

Danyelle Madsen, wife of fallen Officer Jesse Madsen, fought back tears as her attorney laid out their case that the Florida Department of Transportation and outside company Transcore, should be held responsible. They claim that the Wrong Way Driver Detection System that they said failed on March 9, 2021 wasn't properly maintained.

"The system didn’t work, it never activated and someone is going to be held responsible," said attorney Steve Yerrid.

Attorneys for the family announced Tuesday that the lawsuit is being filed on behalf of his wife and three children.

"Tragically, on March 9, 2021, the system designed to protect motorists from wrong-way drivers failed to operate as intended and resulted in Officer Madsen’s act of heroism," according to a news release from the Yerrid Law Firm. "The suit charges those entities with negligence in failing to properly oversee and maintain the Wrong Way Detection System specifically designed to stop wrong-way drivers like the one who struck Master Patrol Officer Madsen head-on."

Madsen – who served more than 16 years with TPD and was a U.S. Marine Corps veteran – was off-duty on the morning of March 9, 2021, when his life was cut short. Investigators said they believed he purposely veered into the oncoming vehicle to save others. 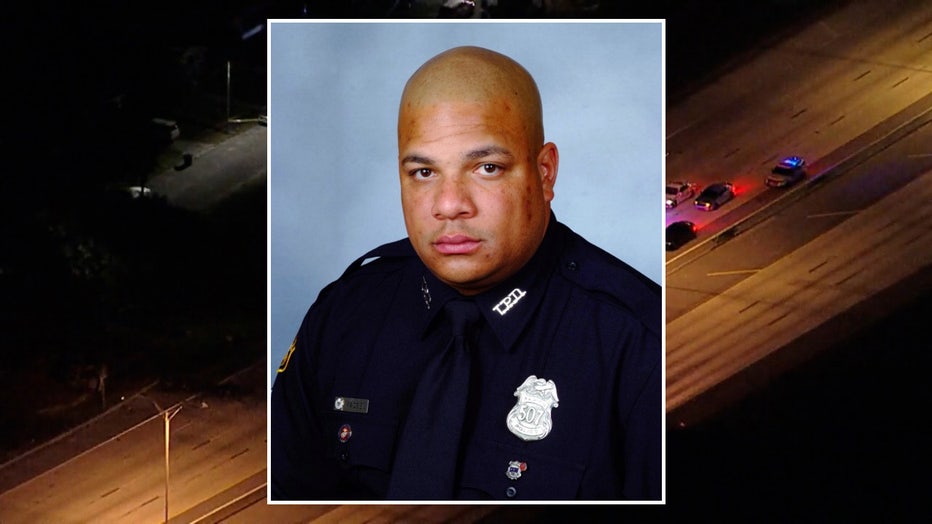 The action likely saved the life of a young mother, who was in front of Madsen when he made his fatal move.

"He did what he did because that was something that he did for so many years helping people and that was his duty and he did it, he saved my life saved the life of my children," said Yarrellys Ruiz.

PREVIOUS: ‘It was the worst night of my life’: TPD remembers fallen Officer Jesse Madsen 1 year after death

Tampa police said they received a call before 1 a.m. about a white car swerving between lanes and speeding south in the northbound lanes of I-275 near Sligh Avenue. One minute later, they received a second call as officers arrived, he explained. Two cars had collided: a Tampa police cruiser along with a white vehicle.

At the time, FDOT said they do have a detection system in the area, but it did not register the wrong-way driver.

The lawsuit is seeking damages in excess of $30,000, potentially in the hundreds of thousands if not more.