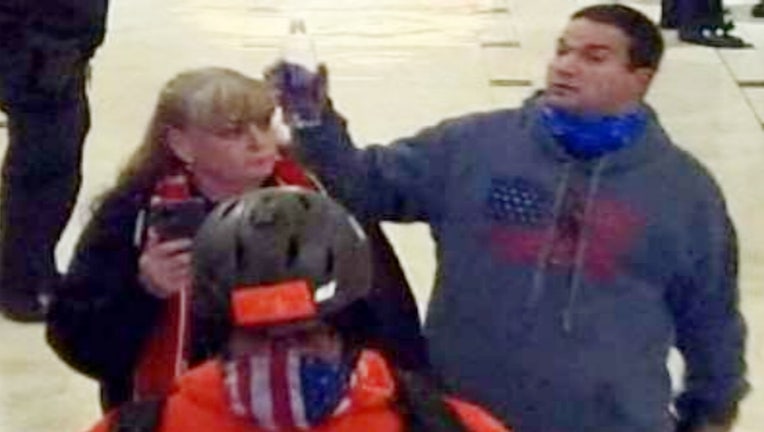 WASHINGTON - Federal investigators have arrested a Florida couple on charges related to the deadly insurrection at the US Capitol on January 6.

According to court documents, the Buteaus entered the U.S. Capitol around 2:25 p.m. on Jan. 6 through a broken door in the Senate wing of the building and stood near an elevator lobby between the Crypt and the Capitol Visitor Center. 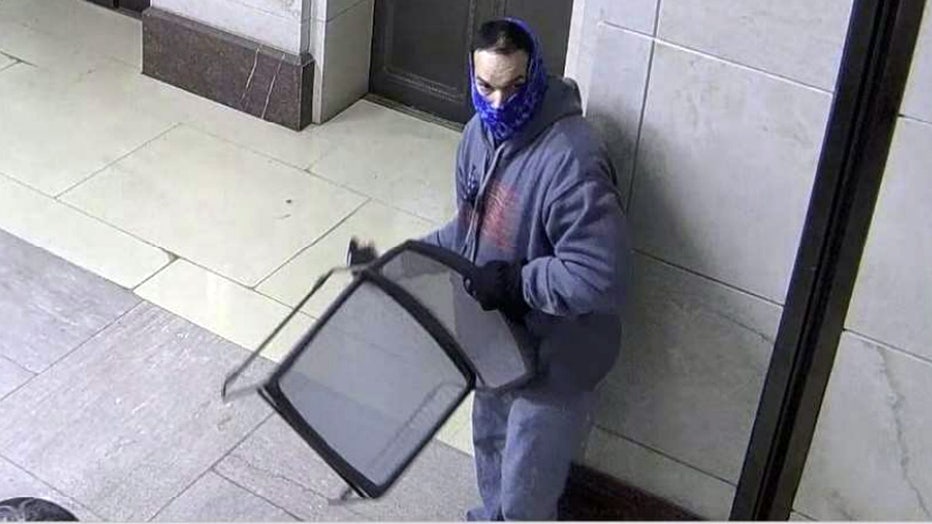 Photo via Dept. of Justice

From 2:32 to 2:39 p.m., investigators said Jamie was seen on video dragging another chair across the ground in the orientation lobby. the couple exited the Capitol around 2:46 p.m. through the south door.

Both Jamie and Jennifer Buteau are charged with federal offenses that include disorderly and disruptive conduct in a restricted building or grounds and parading, demonstrating or picketing in a Capitol building.

Jamie Buteau is also charged with obstruction of law enforcement during civil disorder, assaulting, resisting or impeding certain officers or employees, and engaging in physical violence on Capitol grounds.

The Buteaus were due to make their initial court appearance Thursday at 2 p.m. in the Middle District of Florida.

Since the Jan. 6 riot, more than 450 people have been arrested on charges related to the breach, including over 130 individuals charged with assaulting or impeding law enforcement.