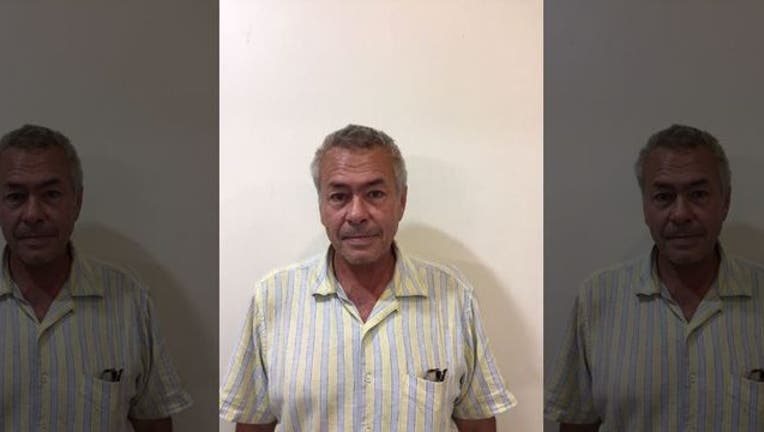 OKLAHOMA CITY, OK - A federal grand jury in Oklahoma has indicted a 63-year-old man accused of kidnapping his stepdaughter and holding her captive for 19 years in Mexico and elsewhere while fathering her nine children.

Henri Michelle Piette is accused of kidnapping Rosalynn Michelle McGinnis in 1995 or 1996 and traveling with the intent to have sex with her, according to an indictment a grand jury in Muskogee, Oklahoma, handed up Wednesday.

The Associated Press generally doesn't identify people who say they have been sexually abused, but McGinnis has discussed her case publicly.

"Knowing that the man who physically took 22 years from me, leaving me with a lifetime of painful challenges, has been captured makes today one of the most pivotal times of my life," she told People magazine in an online article published on Oct. 9.

McGinnis' phone number is not publicly listed and she could not be reached for comment.

Piette also faces state charges of first-degree rape of a victim under age 14, child abuse by injury and two counts of lewd molestation, according to online Wagoner County court records.

FBI agent Adam Reynolds wrote in an affidavit in the federal case that Piette first had sex with McGinnis when she was 11 or 12 in the back room of a residence in the eastern Oklahoma city of Wagoner, where she shared a bunk bed with another female.

McGinnis was about 11 when Piette "took her to a van and married her" at a ceremony in Wagoner where Piette "gave her a ring," the affidavit states.

Piette changed McGinnis' name as well as his own "numerous times in an attempt to stay hidden," the affidavit says. They traveled throughout the U.S. and Mexico but occasionally returned to Oklahoma to mail letters so people would think they were still in the state, the document says.

McGinnis conceived two children with Piette while she was younger than 18 and another seven after she had turned 18, the affidavit says. Federal officials obtained DNA samples from Piette and eight of the nine children for comparison. The ninth child was not at the same location when the samples were collected, according to the affidavit.

Now 33, McGinnis says she managed to escape from Piette last year in Mexico, where they were living, and she went to the U.S. Embassy, where she secured passports for herself and the children so they could enter the U.S.

McGinnis provided statements to federal officials about her ordeal and reported that Piette was living in Mexico at the time "and had strong connections with the Mexican Mafia." He is currently in custody in Oklahoma.

Federal court records do not list an attorney for Piette. Piette's attorney on the state charges, Lauren Blake of Tulsa, Oklahoma, did not immediately return a telephone call seeking comment.