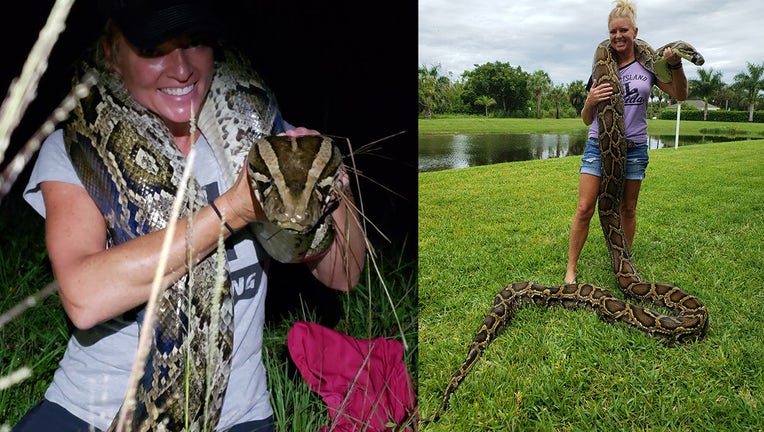 COLLIER COUNTY, Fla. - "She's not a record-breaker, but my personal best!"

Amy Siewe, who works for the South Florida Water Management District as a python hunter, has earned bragging rights after catching a 17-foot snake on the side of US-41 in Collier County.

The python's final measurement came in at 17-feet and 3-inches and weighed over 100 pounds.

Siewe tells FOX 35 News that she has caught close 100 pythons during her career. She's one of only 4 female hunters with the South Florida Water Management District elimination program. She says there are at least 8 females in the Florida Fish and Wildlife program. There are about 100 contractors in total.

"It's more about passion and the reason for hunting the pythons," Siewe said. "I have always had a fascination with snakes and reptiles.  It was always a hobby until now. I can use my skills and knowledge to be part of the solution to restore the balance of nature in the Everglades so the native reptiles and mammals can survive and thrive." 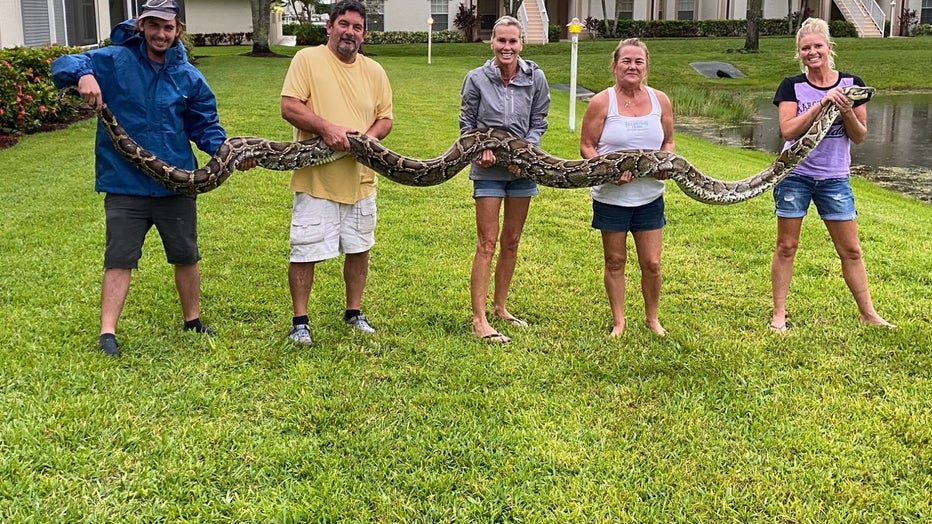 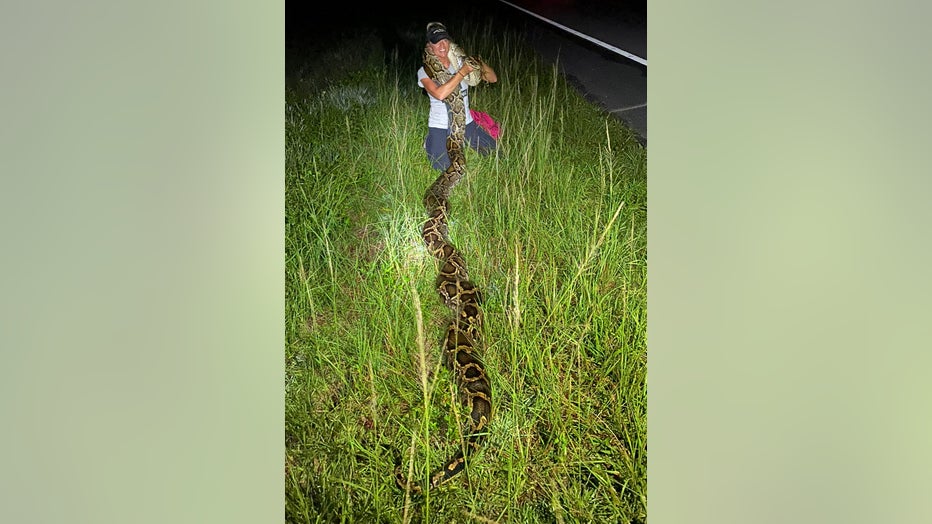 Florida wildlife officials announced on Tuesday that 5,000 invasive Burmese pythons have been removed from the Everglades. The nonnative species can grow up to 23-feet long in the wild and preys on native wildlife including birds, reptiles, and mammals.

"Pythons are an invasive species that are here because people let their pet pythons go when they became too large and too much to handle," Siewe explains. "The females lay an average of 40 eggs per year.  A 17-foot snake could easily lay 100+ eggs.  Now, we have no choice but to catch these snakes and kill them in order to hopefully bring the mammals’ numbers back up so the Everglades can thrive once again."