They hooked the shark about two miles off the coast of Broward County.

A group of vacationing tourists off the coast of Florida managed to reel in a 13-foot great white shark during a chartered fishing expedition on New Year’s Day — a rare feat that one of them likened to “seeing a unicorn.”

The men told WSVN that Wednesday morning’s fishing trip was largely uneventful until they hooked the shark about two miles off the coast of Broward County.

“Pretty much the entire boat just started yanking, so we knew we hooked a big one,” said Josh Bieber.

Over the next hour, the fish put up such “a hell of a fight” that it “took everyone on the boat” to catch it, according to Paul Paolucci.

“I thought I was going to get yanked out of the boat,” said Simon Asnes, the fisherman who initially cast the line, to WSVN.

When the shark surfaced, the group found out they had reeled in a 13-foot great white that weighed around 1,000 pounds.

“We didn’t know what it was gonna be, but when we finally laid eyes on it, it was like seeing a unicorn. We were just all blown away,” said Bieber. 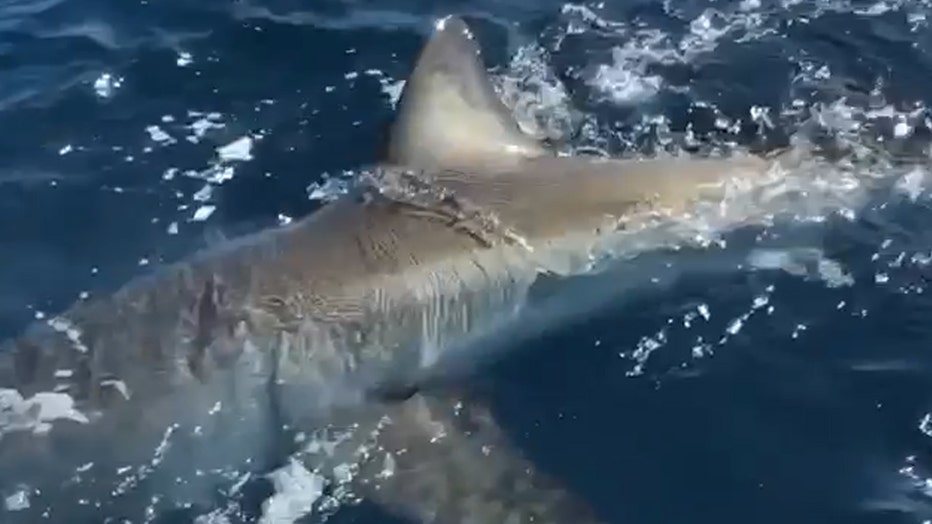 After taking photos with it, the group tagged the great white for future observation before releasing it back into the ocean.

“Never started a year like this one, that’s for sure,” said Bieber.