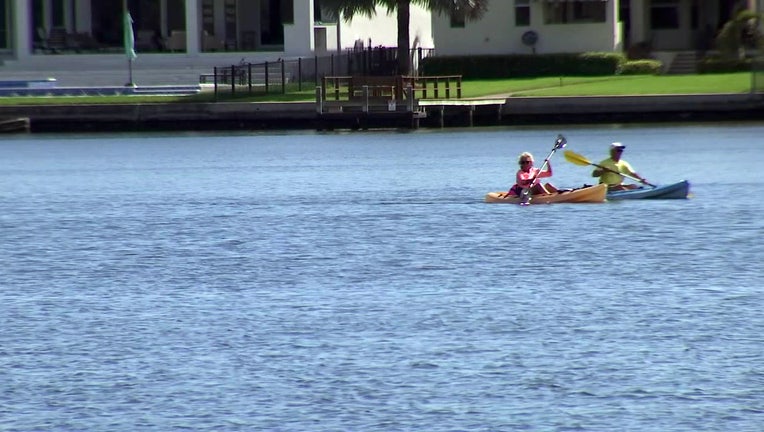 TALLAHASSEE, Fla. - A $196.3-million tax package is headed to Gov. Ron DeSantis’ desk after lawmakers Friday signed off on a series of proposals, including sales-tax "holidays" for back-to-school shopping, hurricane-season preparations and encouraging people to get out for some entertainment and recreation.

The House voted 117-1 to pass the package (HB 7061), which earlier received unanimous support from the Senate. The bill has 22 separate parts, including a long-discussed repeal of an unused pool of state money approved in 2014 to help build and renovate professional sports stadiums.

The package also would create a college internship program that offers tax credits up to $10,000 a year to businesses and would set aside $17.5 million for taxpayers that clean contaminated brownfields.

For most Floridians, the relief would come with the trio of tax holidays. A 10-day back-to-school holiday would start July 31 and is expected to save shoppers $69.4 million in state and local taxes. It would allow shoppers to avoid paying sales taxes on clothes costing $60 or less, school supplies costing $15 or less and the first $1,000 of price of a personal computer.

Another 10-day tax holiday on disaster-preparedness gear would start May 28, just before the June 1 beginning of hurricane season. It would allow shoppers to avoid paying sales taxes on items ranging from tarpaulins and small batteries to portable generators costing up to $1,000.

The shopping period is expected to cut state and local revenue $10.5 million.

A House-backed "Freedom Week" holiday would start July 1 and is projected to punch a $54.7-million hole in state revenue. It would provide a sales-tax exemption on tickets purchased for such things as live music, athletic contests, in-theater movies, cultural events, museums, state parks, and fitness facilities, as well certain outdoor equipment such as tents, grills, bicycles, kayaks and fishing gear.

Tickets could be purchased that week for events that occur later in the year, including annual passes.