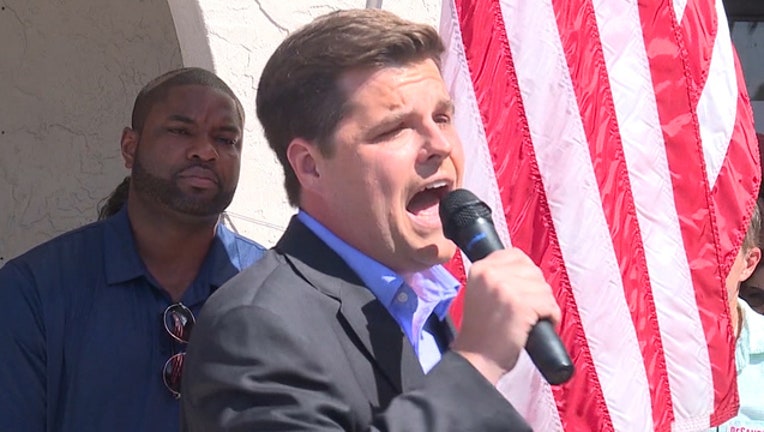 Gaetz, a Northwest Florida Republican who is an outspoken ally of Trump, said complaints stemming from his tweet Tuesday were “frivolous.” In the tweet, he accused Cohen, who is married, of having multiple “girlfriends.”

“It seems that The Florida Bar, by its rules, is required to investigate even the most frivolous complaints,” Gaetz told The News Service of Florida.

However, Francine Walker, a spokeswoman for The Florida Bar, said the organization will investigate potential conduct violations any time the words of a Florida lawyer result in complaints.

After Gaetz’s tweet Tuesday, legal observers and Democrats said the Republican was engaging in witness tampering.

"Hey @MichaelCohen212 - Do your wife & father-in-law know about your girlfriends? Maybe tonight would be a good time for that chat. I wonder if she'll remain faithful when you're in prison. She's about to learn a lot...” Gaetz said in the tweet, which has since been deleted.

Gaetz apologized and said the tweet did not show his intent. That intent, he later told reporters, was to test Cohen’s credibility, not threaten. The tweet came on the eve of highly anticipated congressional testimony by Cohen that could be damaging to Trump. Cohen is heading to prison after pleading guilty last year to criminal charges including lying to Congress.

Under Florida Bar rules, Walker said she was unable to share any other information at this time about the investigation into Gaetz. But Walker confirmed it was in response to the Fort Walton Beach Republican’s tweet.

“The Florida Bar takes its responsibility of regulating lawyer conduct very seriously,” Walker said in a statement. “It handles thousands of complaints each year, filing charges and pursuing discipline against lawyers whose professional conduct is not in keeping with the rules.”

In addition to being a Trump ally, Gaetz has been described as a right-hand man to Florida Gov. Ron DeSantis. Gaetz’ influence on the DeSantis administration can be seen in issues such as the governor’s focus on lifting a ban on smoking medical marijuana.

Gaetz was admitted to the Bar in 2008 after attending law school at the College of William & Mary in Virginia, according to information on The Florida Bar website. He has not faced any discipline from the Bar during the past 10 years.

Gaetz was elected to the Florida House in 2010 before winning an open seat in 2016 in Congressional District 1, a conservative stronghold. He has become a fixture on cable news shows supporting Trump.