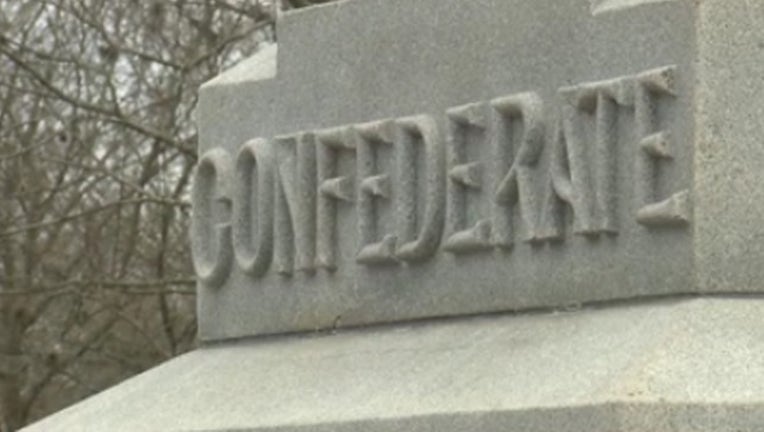 ORLANDO, Fla. (FOX 35 WOFL) - As Confederate statues and memorials come down across the country, a Florida lawmaker is pushing a bill to make such acts a felony.

The bill, dubbed the Soldiers’ and Heroes’ Monuments and Memorials Protection Act would make it a felony to deface or remove any statue, memorial, or even street named for a soldier, veteran, law enforcement officer, or astronaut on government property.

That includes Confederate monuments; the removal of many spurring Hill to file the bill.

"Those monuments have been there for decades, some over a hundred years and were not causing a grievance at the time but is all the sudden,” said Hill, (R) State District 01.

The bill would also add several wars and veterans of wars, including the Civil War, to the state’s definition of ‘Veteran.’

Hill said the bill is more than about the Confederate monuments: but about showing support to all of those veterans and all of those honored through the state’s memorials.

“If there is anyone that’s not willing to support that, then I would challenge their patriotism,” said Hill.
However many already questioning the true mission of the bill.

David Porter lead the charge in 2017 to have a Confederate statue removed from the Lake Eola Park in Downtown Orlando. That charge was successful and the Mayor had the statue moved to Greenwood Cemetery where it sits today.

"It seems like it was just yesterday,” said Porter on Friday.

Porter is aware of Hill’s bill, but doesn’t believe it’s about anything more than the Confederate issue.
He, and protesters across the nation continue to rally on the issue, calling the statues reminders of a painful past and clearly racist.

"Those statues are a symbol of white supremacy,” said Porter.

Porter said Friday that he believes the State Legislature should be spending the short 2 month session next year on more pressing matters and not this one.

However, others see Hill’s side and say that the bill is a necessary step; on the Confederate issue and beyond.

David McCallister from the group Save Southern Heritage believes that all memorials need to be protected.

"Florida needs to really catch up with other states that already have protections for their memorials,” said McCallister. “Why build a memorial, why name a street, if you're not going to be committed to keeping that in place."

McCallister believes the State Senate will introduce a companion bill during the session.