When Artemis I’s test flight finishes its 26-day, 1.3 million-mile journey, Travis Hunsucker will be in the middle of the Pacific Ocean, ready to pick up the Orion space capsule after splashdown.

MELBOURNE, Fla. - When Artemis I’s test flight finishes its 26-day, 1.3 million-mile journey, Travis Hunsucker will be in the middle of the Pacific Ocean, ready to pick up the Orion space capsule after splashdown.

"I grew up surfing, ocean rescue, fishing, so I have always had a desire and curiosity for ocean waves," said Hunsucker, an assistant professor of ocean engineering and marine sciences at Florida Institute of Technology.

Now, Hunsucker is putting his passion into practice. Through a contract with Jacobs Technology, he will use his skills in a special type of wave forecasting.

"What is successful for my small part in this is making sure that the models and algorithms and the data that we use provide accurate reliable guidance for the recovery directors," he explained.

Part of that involved seeing how the waves are moving on the ocean's surface. That can help the retrieval vessel avoid hitting waves in a way that will impact the module. Hunsucker said to get the best possible idea of what the ocean is doing, they have to forecast the waves seven days before the planned splashdown. 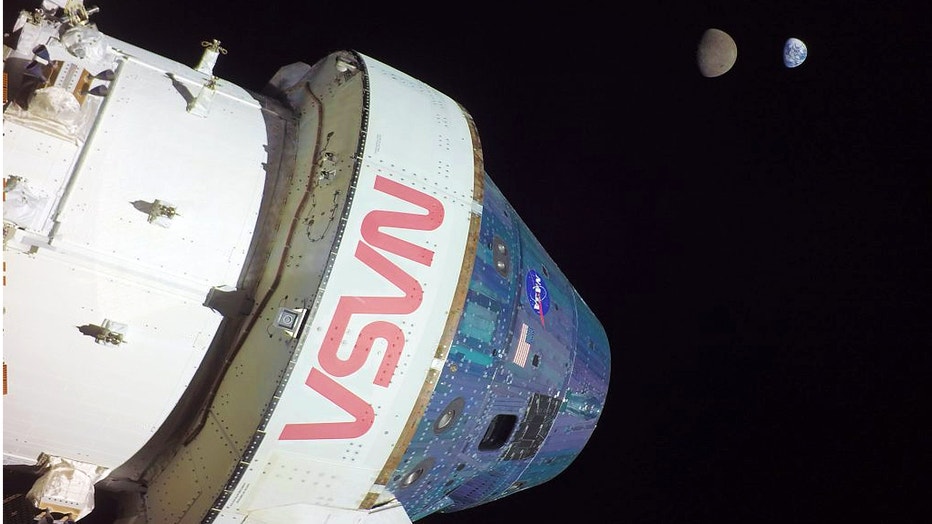 On flight day 13, Orion reached its maximum distance from Earth during the Artemis I mission when it was 268,563 miles away from our home planet. Orion has now traveled farther than any other spacecraft built for humans, Nov. 28, 2022. [Credit: NASA]

"There is certainly a bit of healthy angst, but ultimately, I am excited. We have been training and studying. I have lived and breathed the hydromechanics of this ship and this crew module for the better part of three-fourth years now," he said. "I always look forward to going out to sea. You are singularly focused, it is a beautiful night sky, and I really enjoy it."

After launching from Florida earlier this month, Orion and its manikin passengers are over 12 days into its Artemis 1 test flight in a distant retrograde orbit of the moon.

The Artemis 1 mission will culminate on Dec. 11 when Orion puts its heatshield to the test, blasting back into Earth's atmosphere and landing in the Pacific Ocean.