The mom had no money for a place to stay or a second car seat for her infant.

NEW SMYRNA BEACH, Fla. - The Volusia County Sheriff's Office says two of their deputies opened their hearts and their wallets to help an Orlando mom who was found at a gas station in New Smyrna Beach with no money for a place to stay or a second car seat to travel safely with her two small daughters.

Deputies said that they learned of the family's plight from an off-duty Seminole County sheriff's deputy who said that the woman was seen driving with an infant on her lap and then looking for help at a gas station.

The woman reportedly told deputies that she was traveling to the beach for a few days and planned to rent an AirBNB in New Smyrna Beach, using her debit card to pay for it. However, she said she had no money because her debit card and ID had been stolen in Orlando. So, she was asking for money to buy gas.

Deputy Brady Bergeron noticed her car only had one car seat for a toddler and no seat for her 5-month-old infant, the Sheriff's Office said. The woman told them that she had no way to pay for a car seat and no friends or family that could help her. 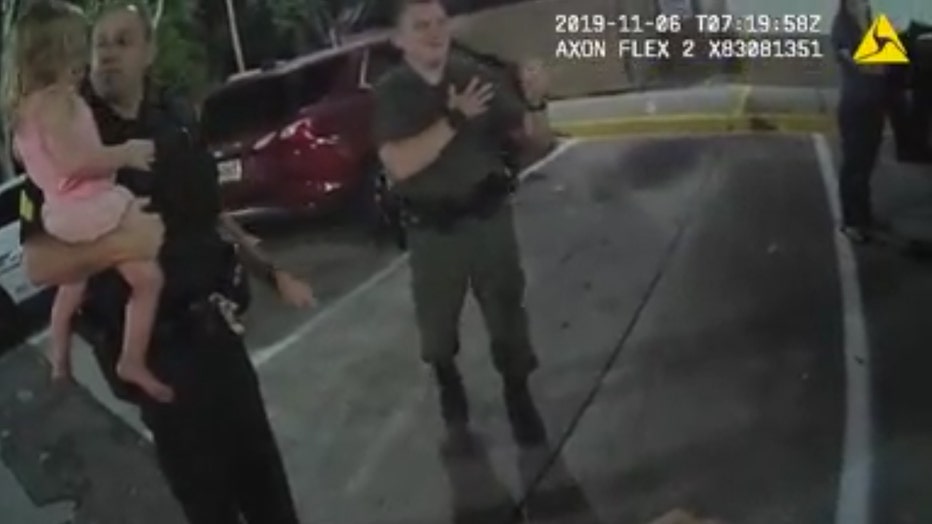 So, they said that Deputy Bergeron then went to Wal-Mart and bought a car seat for the baby to travel in. He installed the new car seat and safely adjusted the existing car seat for her two-year-old sister. Food and water were provided by the gas station.

Sgt. Austin Hairston reportedly found out that the family also had no place to stay for the night, so he made arrangements for them at a hotel in Edgewater. He followed them to the hotel and helped them check in.