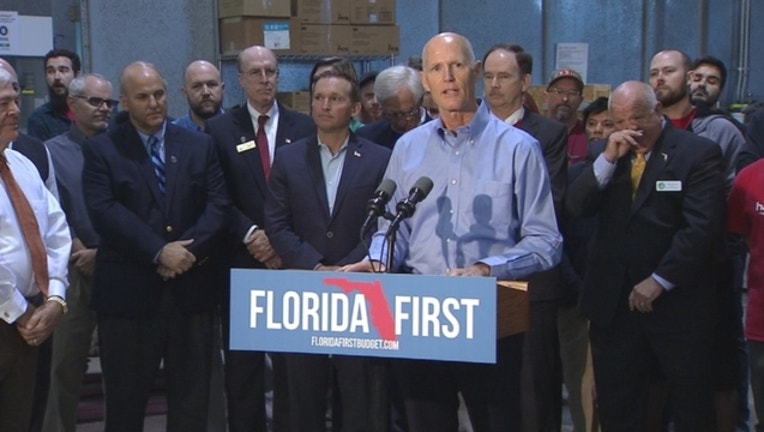 MIAMI, Fla. (WOFL FOX 35) - Governor Rick Scott announced that Florida's unemployment rate has dropped 4.5% in April, the lowest it's been since September 2007.

Governor Rick Scott said, “I am proud to announce that Florida has achieved the lowest unemployment rate in almost a decade at 4.5 percent. Florida businesses also created 15,000 new jobs during the month of April, which is further proof of our state’s continued economic growth. While Florida’s economy is on a roll, now is not the time to slow down our unrelenting efforts to bring more jobs and opportunities to our state.

Businesses and site selectors have taken notice of the Florida Legislature’s decision to turn their backs on the incredible return on investment economic development programs like Enterprise Florida and VISIT FLORIDA have brought to our state. This is not only disappointing, but could put our future job creation efforts at risk. Even though our private sector job growth rate is exceeding the nation’s, it is currently lower than it has been over the past year. This is something we cannot ignore. We cannot allow Florida to fall behind after our years of successful growth. We will continue to work each day to fight for jobs so our state can become the number one place for families and businesses to succeed.”

Cissy Proctor, Executive Director of the Florida Department of Economic Opportunity, said, “Florida businesses have excelled over the past six years thanks to the policies of Gov. Scott and his administration. Unemployment continues to drop, private sector jobs are on the rise and Florida families are flourishing. We must not give up on our efforts to make Florida the best place to start and grow a business.”