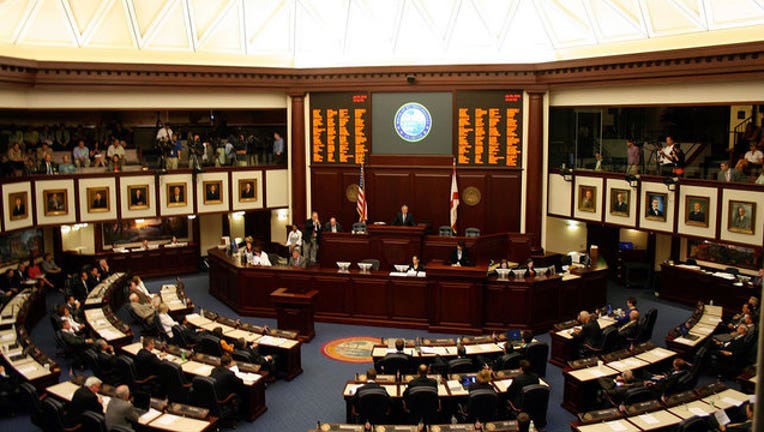 TALLAHASSEE, Fla. (NSF) - Nursing homes will be required to have generators and 72-hour fuel supplies onsite by July 1, under a rule issued by Gov. Rick Scott’s administration and approved Monday by the Legislature.

The House unanimously approved a measure (HB 7099) that ratified the rule, and the Senate followed suit later in the day.

The chambers still differ, though, on whether to impose similar backup power mandates on assisted living facilities, which were included in a different rule. Ratifying the pair of rules has been a top priority for Scott’s administration during the 2018 legislative session.

“Our position has not changed --- assisted living facilities need to be included,” said Lauren Schenone, a spokeswoman for the governor, adding that “we are continuing to work with the Florida Legislature to make sure this gets done.”

The rule requires nursing homes to have backup power capability and adequate fuel supplies to maintain safety systems and equipment needed to maintain indoor air temperatures for 96 hours after a loss of electricity. According to the state, the rule will increase costs by more than $121 million in the next five years.

The Agency for Health Care Administration issued the rule after earlier imposing emergency rules that drew concerns from health-care facilities. The rules followed the deaths of residents of The Rehabilitation Center at Hollywood Hills in Broward County after Hurricane Irma. The storm knocked out the nursing home’s air-conditioning system, which led to sweltering conditions.

The emergency rules were challenged by a trio of long-term care associations and were subsequently invalidated by a state administrative law judge.

The state appealed the decision and continued to enforce the emergency rules, and Schenone said, “hundreds” of nursing homes and ALFs are complying.

The permanent rule ratified Monday came after negotiations between the Scott administration and long-term care facilities. The permanent rule does not require generators to be installed, which opens the possibility of portable units.

Steve Bahmer, president and CEO of the industry group LeadingAge Florida, said the nursing-home rule puts in place what his association and others had worked on with the Scott administration and Agency for Health Care Administration Secretary Justin Senior since Hurricane Irma. Bahmer, whose association successfully challenged the emergency rules, said he was pleased with the legislative ratification.

“It achieves the goal we have pursued since last fall --- helping to ensure that seniors are safe during and after an emergency, while providing the flexibility that is necessary for it to be effective in a state as large as Florida,” Bahmer said in an email.

Similarly, Emmett Reed, executive director of the Florida Health Care Association, said the legislation "prioritizes the care and comfort of the residents in our state's nursing homes."

"Our priority has always been to strengthen emergency procedures so the focus remains on the well-being of residents and the emergency planning that ensures their safety," said Reed, whose association represents hundreds of nursing homes. "We look forward to the governor signing this legislation into law."

Bahmer, whose association also represents assisted living facilities, said he hopes the House has a change of heart about ratifying the ALF rule.

House Health & Human Services Chairman Travis Cummings, R-Fleming Island, has repeatedly said he has concerns with ratifying the ALF rule because of the costs and said his concerns were “shared by others.” The backup generator mandate is expected to increase regulatory costs for roughly 3,000 assisted living facilities by about $243 million over the next five years.

To abate the House’s concerns with the regulatory increases for ALFs, the Senate during budget negotiations suggested creating a program that would allow facilities to get upward of $1,000 from the state to help offset the costs.

With the annual legislative session scheduled to end Friday, long-term care providers remained hopeful Monday that the House will agree to ratify the ALF rule.

LeadingAge Florida’s Bahmer said the ALF rule “offers clarity for providers, which is important in terms of helping ensure that the rule can be consistently implemented across the state.”