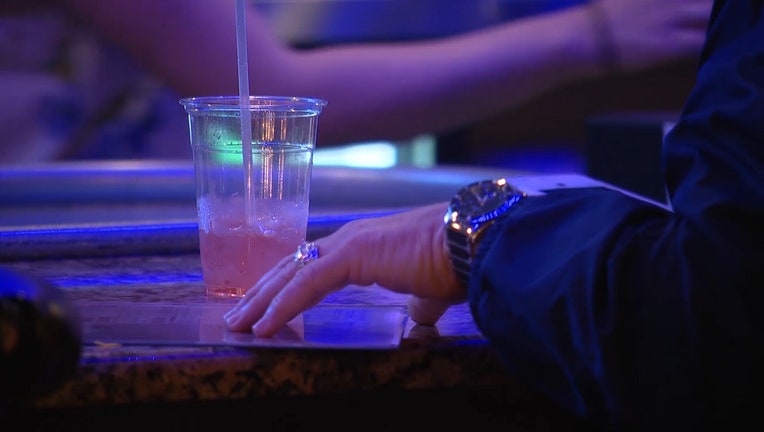 TALLAHASSEE, Fla. - Florida's ban on serving alcohol to people in bars will be reevaluated daily, the state’s top business regulator said in a series of tweets over the weekend that also offered apologies for the crackdown.

Meanwhile, Gov. Ron DeSantis said Sunday the Department of Business and Professional Regulation is “trying to figure out a way forward” for bars, nightclubs and craft breweries that are essentially having to shut down again because of “widespread non-compliance” with coronavirus guidelines --- non-compliance he attributed mostly to young adults who are “going to do what they’re going to do.”

“My view is, I'd rather have those places open, complying,” DeSantis said during a news conference on coronavirus response efforts at Ascension Sacred Heart Hospital in Pensacola. “I think that's probably less risky than what a lot of the young people end up doing. They're still going to do things, most likely. And you may end up doing things in ways that are that are even more risky.”

Halsey Beshears, secretary of the Department of Business and Professional Regulation, issued an order Friday suspending on-site consumption of alcohol at bars amid a surge in coronavirus cases in the state. The order doesn’t affect restaurants or other businesses that derive 50 percent or less of their gross revenue from the sale of alcohol.

Bars had been allowed to reopen June 5 in the second phase of DeSantis’ effort to revitalize the economy. They were limited to 50 percent indoor capacity and were only supposed to provide service to seated customers.

“Nothing I say or do will stop the pain, small business owners are feeling,” Beshears tweeted Saturday. “I empathize & understand, I’ve been there. It’s more then u: it’s your employees & the families they support. I’ll keep taking the hate, if it makes any of you feel better.”

“We must forcefully flatten the curve,” he continued. “This decision was not a knee jerk reaction, nor was it made lightly, but based on evidence and the correlation in spikes after phase 2 reopening. We will get it right, then get people back to work ASAP.”

Beshears pointed to the difficulty faced by bar owners when Rep. Anthony Sabatini, R-Howey-in-the-Hills, tweeted late Saturday that, “If I owned a Bar I would open up immediately.”

Under Beshears’ order, bars are allowed to sell drinks in “sealed containers” for off-site consumption.

To one Twitter post that said, “Florida once again providing living proof that, as a society, we cannot handle having nice things,” Beshears simply replied, “I’m sorry.”

To a Twitter user who expressed that “Alcohol is not essential,” Beshears replied, “Many would probably disagree with this statement.”

When asked why the state didn’t just suspend or revoke licenses of establishments that violated the rules, Beshears noted incidents were widespread of bars exceeding the guidelines.

“We did that earlier this week,” Beshears responded in a tweet. “Since it’s so widespread and the infected demographic so clear, we needed to grab this forcefully and immediately. Am going to consider this daily moving forward.”

Last Monday, Beshears’ department suspended the license of the Knight’s Pub in Orlando for violating the terms of DeSantis’ order that allowed bars to reopen.

The number of coronavirus cases has soared in Florida this month, with the Department of Health on Sunday reporting an additional 8,530 cases. DeSantis has repeatedly cited young adults as a major reason for the spike and focused on how the virus does not cause as many deaths and serious medical problems for young people as it does for seniors and people with underlying health conditions.

But the Florida Democratic Party in an online ad Sunday took a shot at DeSantis for his claims that Florida had a hold on the virus in May.

“Despite two consecutive record shattering days this weekend, DeSantis wants us to believe that nothing has changed and that we are on the path to reopening the economy safely,” Florida Democratic Party Chairwoman Terrie Rizzo said in a statement Sunday. “With nearly 10,000 cases confirmed just yesterday (Saturday), it has never been more clear that DeSantis failed Florida. Like his mentor Donald Trump, DeSantis is playing politics instead of prioritizing the health and safety of Floridians.”