People in one Florida city say a marijuana facility is stinking up the place. Curaleaf, which specializes in producing and distributing cannabis products, owns and operates the facility in Mount Dora.

MOUNT DORA, Fla. - People in one Florida city say a marijuana facility is stinking up the place.

Curaleaf, which specializes in producing and distributing cannabis products, owns and operates the facility just east of Mount Dora.

Some homeowners who live in the Lakes of Mount Dora subdivision near the facility are upset, saying noises and odors from the facility are ruining their quality of life.  They argue that they were in the neighborhood long before Curaleaf and want the state to start regulating the facility before it grows closer to their homes.

During a meeting with Mount Dora city commissioners, resident Jim Graber described what is a faint hum coming from the plant. "I’m a musician. It comes in approximately at the tone of Concert D, and it's like a dentist's drill – it keeps going and going and going."

He and his neighbors are fed up.  "I just retired as an airline pilot for 37 years," said Linden Hillman. "I’m used to noise. This is annoying!"

"It’s the odor. It’s the noise from the fans. It’s the 24-hour running of the facility with the bright lights at night," she said.

However, she added that her hands are tied because the medical marijuana industry is regulated by the state. 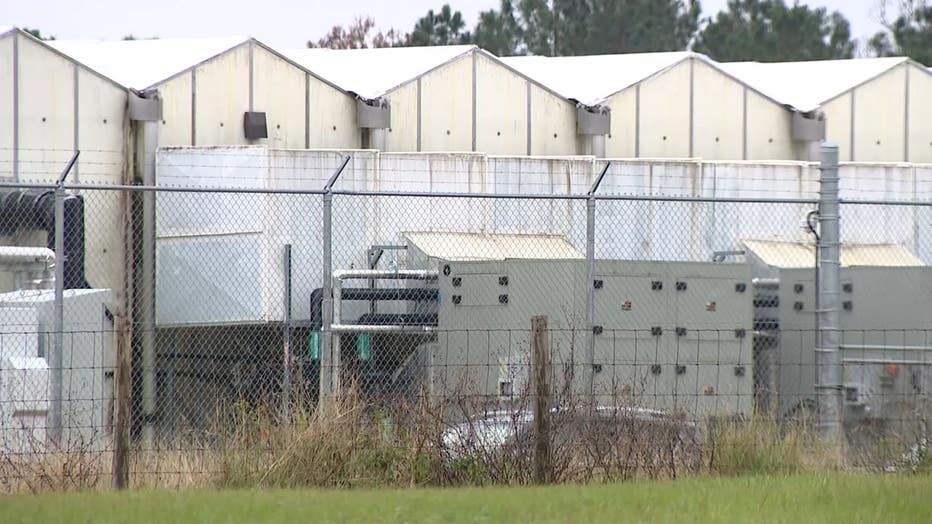 "With our lack of power and jurisdiction over this facility, we have not been able to do anything, which is the frustrating part.  Not only is it not in the city limits, it’s regulated by the state, so we have no power," she explained.

City leaders unanimously approved a resolution to ask the state to either step up and do something, such as giving local jurisdictions the power to regulate how the facilities operate, or to allow the city manager to make this issue a priority to discuss in Tallahassee.

The mayor says this needs to be dealt with immediately.

"The plant backs up to the Lakes of Mount Dora, and with their potential expansion of the facility, it’s going to come even closer," she said.

FOX 35 reached out to Curaleaf which said it is addressing concerns from its neighbors. "We are committed to being a good corporate citizen and doing everything we can to support the community," read part of a statement from Curaleaf.

Curaleaf said it recently hosted state representatives to tour the operation and discuss neighbors’ concerns. You can read the full statement from Curaleaf below:

"Curaleaf strives to make a positive impact in the communities we serve, and we have taken multiple steps to address concerns we’ve heard from our neighbors in Mt. Dora. We have recently hosted state representatives at our Mt. Dora facility to tour the operation and discuss neighbors’ concerns related to odor, lighting, and noise. As part of the tour, we reviewed the plant grow rooms, the flower drying rooms, and the post-harvest trimming rooms, as well as specific and successful actions we have taken to address neighbors’ concerns.

"We recently completed construction, and received Department of Health approval, on a new drying room in the area of the Mt. Dora property furthest from residential neighbors, which will further distance residents from operations more likely to produce odors. We have recently moved our drying process to this area on the west side of the property and have made shift adjustments to ensure any green waste, which could contribute to odor issues, is processed in a timely manner. We are reviewing exterior lighting options to reduce the light exposure to neighbors, contingent on ensuring our site has sufficient exterior lighting, as per DOH requirements.

"As a facility that employs more than 300 people, most of whom live in the Mt. Dora neighborhood, we are committed to being a good corporate citizen and doing everything we can to support the community. Although this facility, which has a long history of agricultural use, is exempt from county and municipal codes under Florida’s Right to Farm Act, we will continue to evaluate all practices and make reasonable adjustments consistent with best serving our patients, team members, neighbors and communities where we operate."