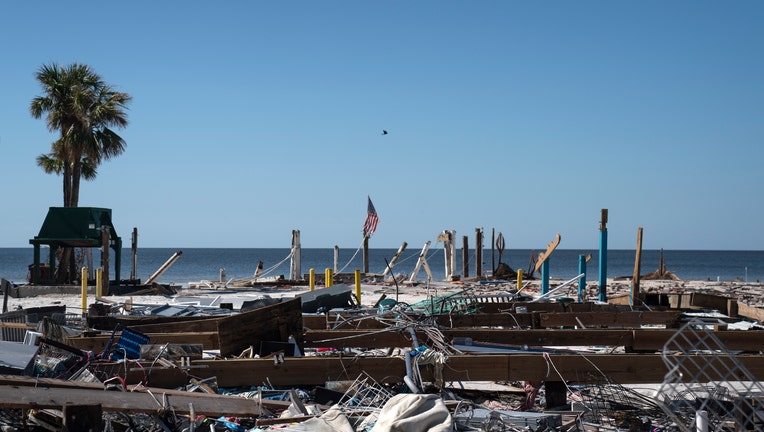 In the wake of Hurricane Ian, Florida continues to see its highest numbers of unemployment claims in more than a year, with some Southwest Florida resorts announcing large temporary layoffs.

The U.S. Department of Labor released a report Thursday that said Florida had 9,077 first-time unemployment claims during the week that ended Oct. 22, putting the state’s four-week average at 9,905 claims. Hurricane Ian hit Southwest Florida on Sept. 28 before crossing the state.

In the four weeks before the storm, Florida averaged 5,498 claims, similar to the level of claims before the COVID-19 pandemic crashed into the economy in 2020.

Thursday’s report came after the Ritz-Carlton, Naples notified the state it laid off 591 employees because of the storm, and South Seas Island Resort on Captiva Island in Lee County said it was letting go 238 workers. The Category 4 hurricane caused massive wind and flooding damage in Southwest Florida.

Marsha Michael, corporate director of human resources for the Captiva Island resort, told the state Department of Economic Opportunity on Oct. 17 that resort operations were being halted "for the foreseeable future."

"Experts and consultants continue to evaluate the extent of the natural disaster and have not yet determined when we will reopen the hotel for business," McElligott wrote. "While we are targeting the first part of 2023, the reopening could be extended with the rebuilding of the power grid, infrastructure, and supply chain delays."

Ian’s overall impact on jobs will be better seen next month when the state Department of Economic Opportunity releases an October unemployment report.

A state economist said Friday the October numbers likely will show an impact from the storm but wouldn’t speculate on potential changes.

The Department of Economic Opportunity said last week that Florida’s September unemployment rate was 2.5 percent. That measured employment conditions in mid-September, before the storm hit, and indicated an estimated 266,000 Floridians were out of work from a labor force of 10.7 million.

Also, Thursday, the U.S. Commerce Department’s Bureau of Economic Analysis pointed to a rebound for the national economy, after declines earlier in the year. The bureau reported U.S. gross domestic product grew 2.6 percent --- slightly above estimates --- between July and September. The rates had declined 1.6 percent and 0.6 percent in the prior two quarters.

In anticipation of the storm increasing unemployment applications, the state Department of Economic Opportunity eliminated what is known as the "waiting week" before jobless benefits can be paid on claims made in storm-damaged areas. The agency also suspended a requirement that applicants in the areas contact five potential employers a week to keep unemployment benefits flowing.