Florida lawmakers are preparing for Monday’s special session in which they'll vote on a deal to expand casinos and legalize sports betting in the state. The agreement between the state and the Seminole tribe would bring in at least $400-million a year, but some lawmakers are already expressing concerns, Craig Patrick reports.

TALLAHASSEE, Fla. - With lawmakers preparing to gather Monday to start a special session, the Senate and House on Friday released bills that would overhaul Florida’s gambling industry, including joining other states in allowing sports betting.

The bills, in part, would carry out a 30-year gambling deal announced last month by Gov. Ron DeSantis and the Seminole Tribe of Florida. The deal, known as a gambling compact, would bring in about $2.5 billion for the state over the next five years, while putting the tribe in charge of sports betting.

But the deal and the bills also would lead to changes in the state’s parimutuel industry, which has seen its focus shift over the years to operating cardrooms and, in Miami-Dade and Broward counties, slot machines.

PREVIOUS: Agreement with Seminole Tribe to expand gambling in Florida could bring $2.5 billion

Florida voters in 2018 passed a constitutional amendment that ended greyhound racing, and lawmakers next week will consider allowing parimutuels to stop offering quarter-horse races, harness races and jai alai performances --- while maintaining their ability to operate profitable cardrooms and slot machines. In the future, only thoroughbred horses might continue running live races. 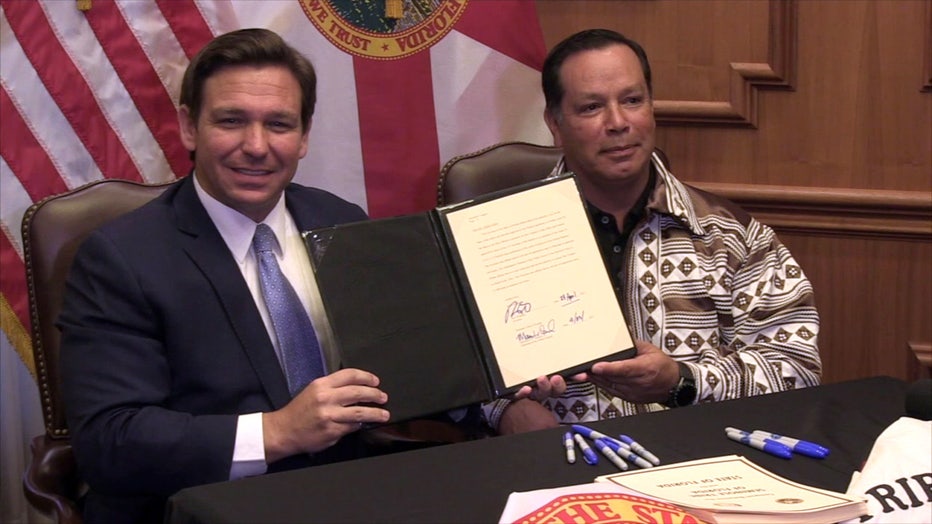 The House and Senate, which finished their annual regular legislative session April 30, will convene at 1 p.m. Monday before holding committee meetings to delve into a series of bills. The Senate, for example, has filed nine gambling-related bills for the special session on issues ranging from ratifying the gambling compact to authorizing bingo games at parimutuel facilities.

With gambling a thorny legal and political issue, legislative proposals to make major changes in the industry have repeatedly died in recent years. But the issue broke through this spring when DeSantis and the tribe agreed on the compact.

But even if lawmakers sign off on the compact, it still would need approval from the U.S. Department of the Interior. Also, the compact likely would face a legal challenge because of a 2018 state constitutional amendment designed to require voter approval of gambling expansions.

John Sowinksi, president of the group No Casinos, which backed the constitutional amendment, contends the compact would violate the Constitution. But in a memo Friday to lawmakers, Senate President Wilton Simpson, R-Trilby, defended the proposed bills.

"In total, the proposed gaming legislation seeks to balance the requirements of federal Indian gaming law, the complex pari-mutuel regulatory structure established over decades, and the need to better enforce restrictions against illegal gaming, all while adhering to the new constitutional restrictions on casino-style gaming," Simpson said in the memo. 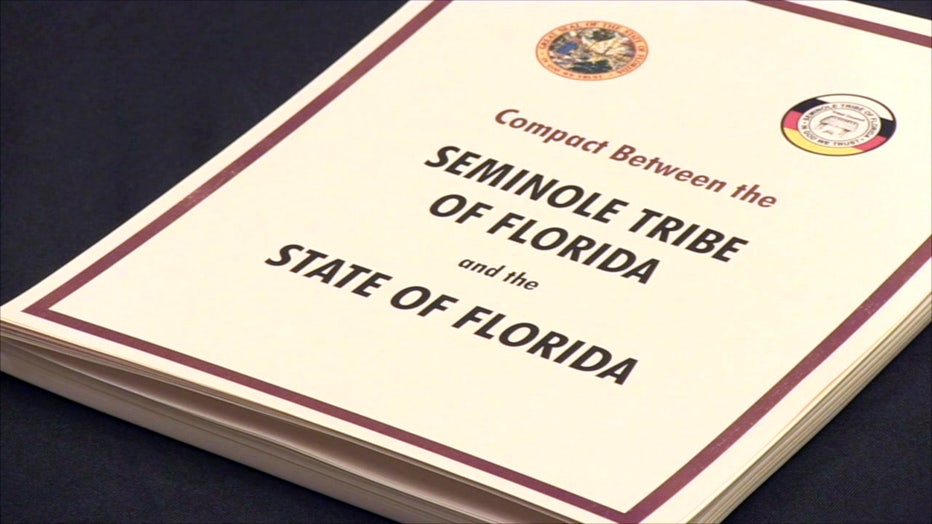 The highest-profile proposal involves sports betting, which has been legalized in other states since a 2018 U.S. Supreme Court decision allowed New Jersey to offer the popular activity.

Under the proposal, the Seminole Tribe would serve as a hub for online sports betting, with pari-mutuel operators contracting with the tribe. The technology to handle the bets would be on tribal lands.

But the compact and other legislation also include myriad other issues. For example, the tribe would be allowed to offer craps and roulette at its casinos. Meanwhile, bills address the ability of parimutuels to continue offering profitable "designated player" card games --- long a disputed issue.