As Gov. Ron DeSantis and Education Commissioner Richard Corcoran push to reopen schools in August, Florida’s largest teachers’ union on Monday filed a lawsuit seeking to block the return to in-person classes amid a surge of COVID-19 cases.

TALLAHASSEE, Fla. - As Gov. Ron DeSantis and Education Commissioner Richard Corcoran push to reopen schools in August, Florida’s largest teachers’ union on Monday filed a lawsuit seeking to block the return to in-person classes amid a surge of COVID-19 cases.

Plaintiffs in the legal challenge, who include the Florida Education Association and three teachers from Miami-Dade, Broward and Orange counties, allege it is unconstitutional for the state to order schools to reopen while the number of COVID-19 cases in the state continues to skyrocket.

“To reopen all Florida schools before it’s safe is reckless. It is unreasonable. It is unnecessary, and it is a false choice to either keep schools closed and stop learning or to open them unsafely,” FEA President Fedrick Ingram said during a conference call with reporters on Monday.

At the time, President Donald Trump was pressuring the nation’s governors to reopen schools in the fall.

Corcoran and DeSantis, a close ally of the president, have steadfastly backed the return to in-person instruction, citing concerns that children are being harmed socially and academically by not being in a classroom.

“We don’t want folks to fall behind and we really, really want to focus on the best interest of those students and give parents the maximum amount of choices,” DeSantis said during a press conference in Orlando on Monday.

Amid pushback from parents, teachers and school officials, the Republican governor has tried to distance himself from Corcoran’s order.

The State Board of Education, however, was not consulted before the order was released, board member Michael Olenick said during a meeting last week. Corcoran on Friday said DeSantis signed off on the emergency order prior to its rollout earlier this month.

The lawsuit filed in Miami-Dade circuit court on Monday alleges that the order violates the state Constitution, which guarantees Floridians the right to “safe” and “secure” public education.

“Tragically, Florida, is now an international epicenter of the lethal and unforgiving novel coronavirus,” the plaintiffs’ lawyers wrote. “Florida students, parents, teachers, and the public deserve and are constitutionally entitled to the protections needed to assure a lawful and safe reopening.”

Stefanie Miller, a 53-year-old Broward County teacher who spent three weeks in a medically induced coma battling COVID-19, is one of the plaintiffs in the legal challenge.

“Of course, I want to go back to teaching, but it needs to be safe,” Miller told reporters during Monday’s conference call.

The state order violates the constitutional rights of parents and public-school employees who have the “right to rely on their elected officials to make decisions safeguarding their health and the health and safety of their families,” the plaintiffs’ lawyers argued in the 32-page complaint.

“The defendants’ mandate wrongfully assumes that state authorities can better determine the local health risks and educational needs of students and teachers than the local health officials that were elected for that purpose,” they wrote. “This is arbitrary and capricious government action and violates due process.”

Corcoran, however, argued that his order is designed to give families “the choice to decide what works best for the health and safety of their children and family.”

The order gives parents the flexibility to choose whether to have their children return to school campuses, which were shuttered in March after the pandemic hit the state, or continue to learn from home, Corcoran said in a prepared statement provided after the lawsuit was filed.

The education commissioner added that funding for school districts could be jeopardized if the union’s complaint is successful.

“The FEA frequently states that schools are underfunded, and if this frivolous, reckless lawsuit, succeeds it will eliminate these funding guarantees --- completely contradicting their normal outcry,” Corcoran said Monday.

“We believe that if this lawsuit is successful, it will actually give some latitude to our districts to be even more creative. If you don’t have the brick-and-mortar option, then you can think out of the box,” Ingram said. “You’re not searching for teachers and paraprofessionals who will go into those schools.”

The plaintiffs also want the court to order all schools to “take all necessary measures to protect students and staff and minimize COVID-19 transmission, prior to the reopening of brick-and-mortar schools. The lawsuit asks that schools be supplied with "adequate personal protective equipment" for students and employees. And the legal challenge requests that schools "install hand-sanitizing stations; "add plexiglass shields where necessary;" reduce class sizes; and "increase school clinic capabilities."

School districts have until the end of the month to submit their reopening plans to the state Department of Education for approval.

Kendall Coffey, an attorney who represents the plaintiffs, told reporters that the court needs to issue an injunction blocking the order before it's "too late" and schools are forced to reopen.

“If students, teachers, educators and workers in education are rushed back into school without the safety precautions in place, the damage that’s done will be irreparable and potentially, in many cases, fatal,” he said. 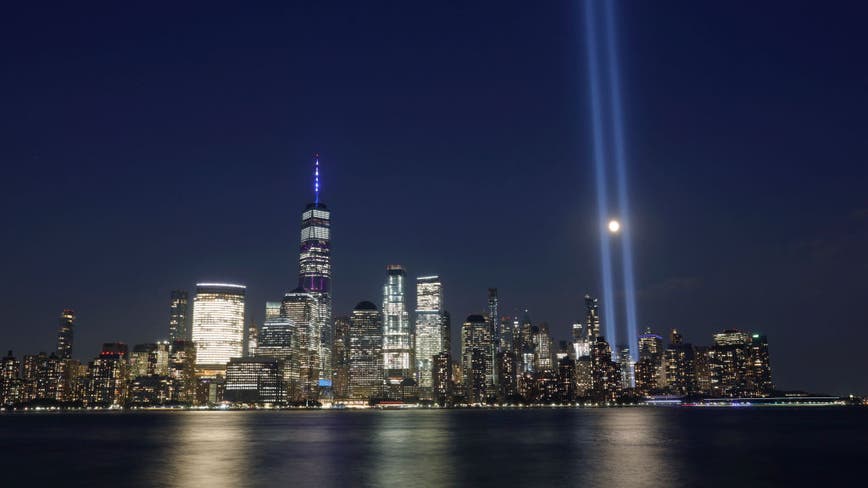