A man was strolling along the shores of Lake Monroe in Sanford when he came across what he thought was trash. As it turns out, it was an urn containing a bag with cremains. He now hopes to find the owner of the urn.

SANFORD, Fla. - A Florida man is trying to track down the owners of an urn he found in the middle of June while strolling along the shores of Lake Monroe in Sanford.

Ryan Vroman spends a lot of time down by Veterans Memorial Park.  It’s a special place for him as he used to go there often with his late fiancée. It is also where he proposed to her.

Now, it’s where he voluntarily cleans up trash –  his way of giving back.

"I go down here about three or four times a week," Vroman said.

Just a few days ago, he sat down to look at the ducks pecking on the ground as the water washed up onshore. It was then that he noticed what he thought was a vase.  A closer look would reveal it to be much more.

"Jumped down to pick up the trash, and it wasn't trash!  It was a human being that deserves respect," Vroman said. 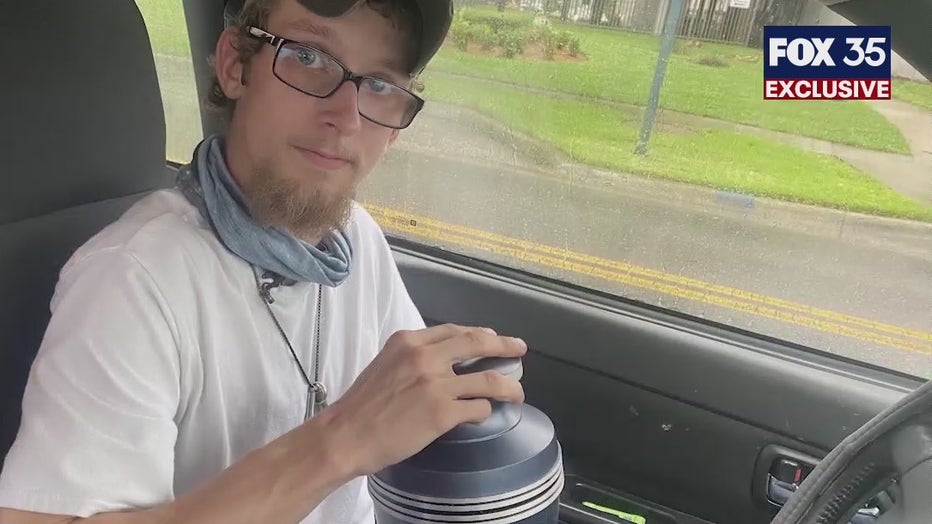 With some reservations, he checked inside the urn to make sure it wasn’t just an empty vessel. It was not.

Inside, he found human cremains carefully sealed in a plastic bag.  He also found specific memorabilia. FOX 35 News is not identifying the items, so that the correct owner of the urn may be located.

"If it was me in that urn, I would hope that somebody would try to get me back to the rightful loved ones," Vroman explained.

He is determined to find the owner of the urn and curious to find out who is inside. When he showed up at Veterans Memorial Park, Vroman had carefully placed the urn in his small truck, with it safely buckled into the seat.

Vroman keeps referring to the urn as "him."

This story, as odd as it may be, gets even rarer. Vroman said, even though he doesn’t really believe in karma or fate, he feels as though he was meant to find this urn.  After all, this was the place he proposed to his fiancée, who died March 1 of a blood infection shortly after fighting COVID-19. 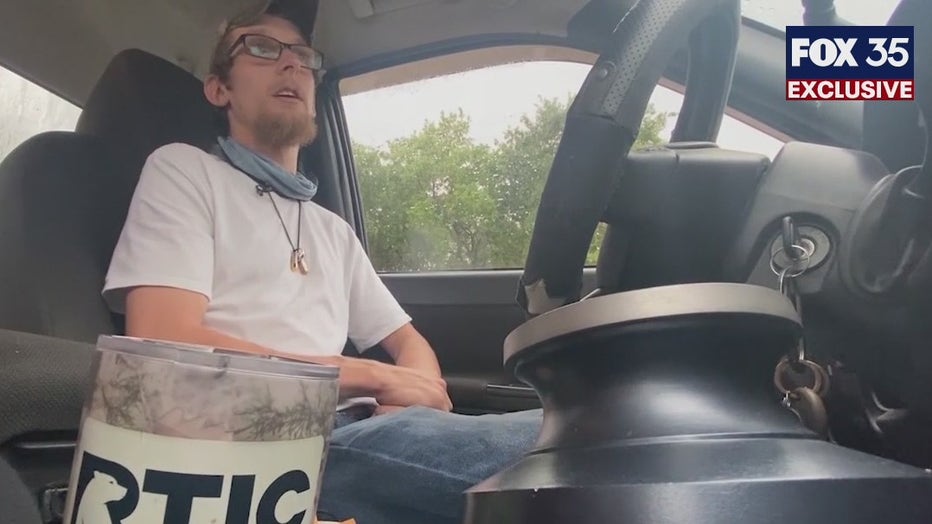 With his emotion still extremely raw, when Vroman first found the urn he immediately called his mother, Carole.

"He was meant to come up here and find them and hopefully we find whom they belong to and they get back to the people they need to go to, " Carole said.

She agreed that his almost daily trips to the park led him to find the cremains and onto a mission of returning them. Not only did Vroman lose his young fiancée just months ago, but the necklace sitting on his chest had gone missing too. Both the cremains of his fiancée and his grandmother had been stolen.

"We didn't think we were going to get them back but we did and it meant a lot because people don't realize that it's just little things like that because you want to keep them with you," his mother added.

Luckily for him, the necklace and ashes were also returned a short time later.

"Getting these back meant so much to me and that's how I want this to go for that family because I want them to be happy to have their loved one back because I truly believe they wouldn't have wanted him down there in the dirt and muck," he said.

If you recognize this navy-blue urn, with two silver stripes on it, we want to hear from you. Please include and identify the item(s) inside the urn, in order to return the cremains to the rightful owners. Your name and contact information are also crucial to include in the message.

Please get in contact with the FOX 35 newsroom at FOX35news@fox.com or email FOX 35 reporter, Andrea Lyon at andrea.lyon@fox.com.