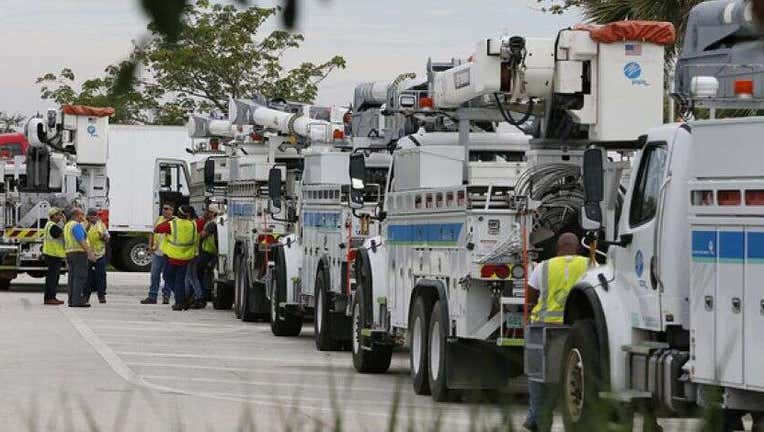 TALLAHASSEE, Fla. - Florida Power & Light on Friday filed a four-year rate plan that would lead to most customers seeing gradual increases in their monthly bills, with the utility saying the proposal would allow it to "continue focusing on ways to deliver low-cost electricity."

The filing at the Florida Public Service Commission set the stage for what likely will be a months-long process of review and debate about whether --- or by how much --- FPL should be able to increase base electric rates.

"We recognize there is never a good time to request a rate increase, and we remain steadfastly committed to providing customers unparalleled value while building an energy future they can depend on," FPL President and CEO Eric Silagy said in a prepared statement. "Due to our consistent and disciplined, long-term investments, we’re able to provide service that is cleaner and more reliable than ever before while our residential, commercial, and industrial bills have remained among the lowest bills in the state and the nation for over a decade."

The proposal would continue carrying out FPL’s merger with Northwest Florida’s Gulf Power, which formally took effect on Jan. 1.

FPL and Gulf have had substantially different rates in the past, and the proposal would take that into account through what is described as a "transition rider." That would result in Northwest Florida customers paying more than FPL customers in other areas --- but also seeing their bills remain relatively flat, according to the company.

Utilities typically use a benchmark of residential customers who use 1,000-kilowatt hours of electricity a month, though actual usage varies widely.

Rates for businesses are calculated differently than residential rates, but FPL said the proposal, in part, would lead to small- and medium-sized businesses seeing bills increase at an average annual rate of 3.9 percent to 4.4 percent.

Base-rate cases are among the most closely watched issues at the Public Service Commission, as they involve large amounts of money and extensive financial and technical details. FPL is operating under a base-rate settlement that took effect in January 2017 and will end in December.

As an indication of the complexity, FPL’s filing asks the Public Service Commission to make a decision on the proposal by Nov. 12 --- leaving eight months for the process to play out.

The utility, which has about 5.6 million customers after the merger, submitted a letter in January to the commission that gave a preview of the filing that was made Friday. Since then, the state Office of Public Counsel, which represents customers, and business and consumer groups have filed requests to formally intervene in the rate case.

"The interests that the FRF (the Florida Retail Federation) seeks to protect are of sufficient immediacy to warrant intervention, and its members' interests in having the commission set rates for the companies (FPL and Gulf Power)  that are fair, just, reasonable, and not unduly discriminatory are exactly the interests that this proceeding is designed to protect," attorneys for the statewide retail organization wrote in a motion to intervene Wednesday. "This is a general rate case, and the FRF seeks to protect its members' substantial interests as they will be affected by the commission's decisions determining the companies’ rates."

Among the myriad issues that will be addressed is how much of a return on equity, a key measure of profitability, should be allowed for FPL. The proposal calls for a "midpoint" of 11.5 percent of the allowed return on equity --- essentially allowing FPL to earn within a range that has a midpoint of 11.5 percent. That would be up from the currently allowed midpoint of 10.55 percent.

In its filing Friday, the company said the proposal "will enable FPL to continue to access capital on competitive terms through 2025, ensuring the company can continue to meet customer needs and expectations essentially at all times in all financial climates and is able to bring additional value to customers through smart, innovative investments."