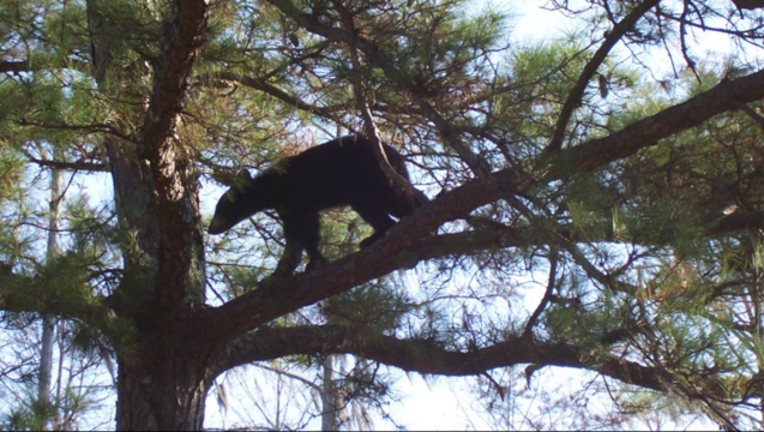 Commission Chairman Brian Yablonski on Wednesday directed staff and commissioners to prepare to discuss during a June meeting how a hunt could be managed. A commission spokeswoman said later that a decision has not been made to hold a hunt.

"There is a process of how the hunt is set up, what the quota objectives are," Yablonski said during a commission meeting at the Wyndham Grand Jupiter at Harbourside Place in Jupiter. "There's a ton of options out there."

The Florida Administrative Code already includes an outline for an annual bear hunt to be held in late October, and Yablonski said it's up to the commission to set quota numbers.

The commission in October 2015 held its first bear hunt in more than two decades as a means to slow the increase of black bears in the state and to reduce dangerous interactions between bears and humans. But the hunt was highly controversial, with opponents protesting in various parts of the state.

Jacki Lopez, the Center for Biological Diversity's Florida director, said Wednesday opponents have "been anticipating" the commission putting the quota issue on an upcoming agenda.

Conservation groups headed by the Center for Biological Diversity and the Animal Legal Defense Fund have petitioned the federal government to approve an endangered-species protection designation for Florida black bears.

The quota was based on an estimated 3,000-plus bears being in the state.

A limit of one-bear-per-hunter was set. Hunting permits were sold at $100 to state residents and $300 for people from out-of-state. A total of 3,778 permits were sold. Money raised through the permits is supposed to be used for measures, such as bear-proof garbage containers, to reduce human-bear conflicts.

The 2015 hunt was projected to last up to a week. Instead the hunt was called off after two days as the bear death count quickly reached 304.

Commission officials admitted to being caught off guard by the success of the hunters.

On March 24, the commission increased the estimate of the number of bears in the state to 4,350 adults, based on survey results taken before the 2015 hunt.

The commission also estimated about 2,000 bear cubs statewide, of which about half are expected to survive into adulthood.

The bear population had been as low as 300 to 500 statewide in the 1970s, when bears were put on the state list of threatened species because of a mix of hunting and humans impacting their natural habitat. Bears were removed from the list in 2012 when a new management plan was approved.

In 2015, lawmakers increased penalties for people who repeatedly are found feeding bears not in captivity.

This year, Florida lawmakers included $500,000 to reduce human-bear conflicts in the state's new $82 billion budget. Commission Executive Director Nick Wiley said Wednesday that the majority of the money must go to local governments with ordinances in place requiring residents and businesses to secure their trash.