Meteor showers explained: what to know and how to watch

We call them shooting stars, but it's actually meteors that create dazzling streaks of light across our night sky. (FOX Weather)

As lights sparkle on many Christmas trees and homes this holiday season, don’t forget to see the biggest light show of them all: the Geminid meteor shower or the Geminids.

The Geminids occur when the Earth makes its annual passage through the path of a comet-like asteroid called 3200 Phaethon. That path is littered with bits and pieces that have broken off of 3200 Phaethon. The particles, in turn, fall onto the Earth when the planet passes through, burning up in the sky and creating the Geminid meteor shower.

HOW THE TELESCOPE BECAME OUR WINDOW INTO THE UNIVERSE

When to see the meteor shower 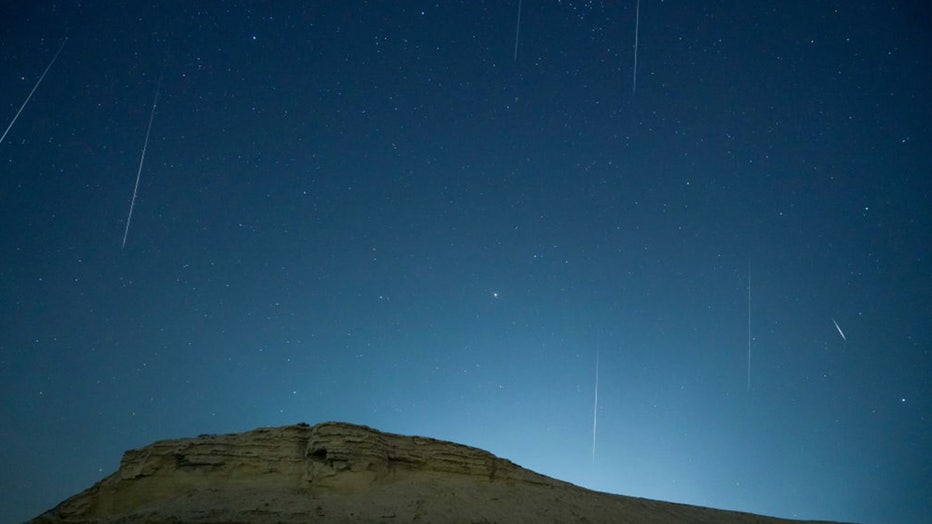 FILE - A meteor streaks across the night sky in Bazhou, Xinjiang Province, China, in the early morning of Dec. 14, 2021.  (Xue Bing / Costfoto/Future Publishing via Getty Images)

The meteor light show began on Nov. 19 and will last until Dec. 24.

Peak activity occurs in mid-December every day. This year, the peak will occur on Tuesday, Dec. 13, through Wednesday, Dec. 14.

Between 100 and 150 meteors per hour may be seen shooting across the sky during peak hours. According to NASA, these meteors travel 40 times faster than a speeding bullet. 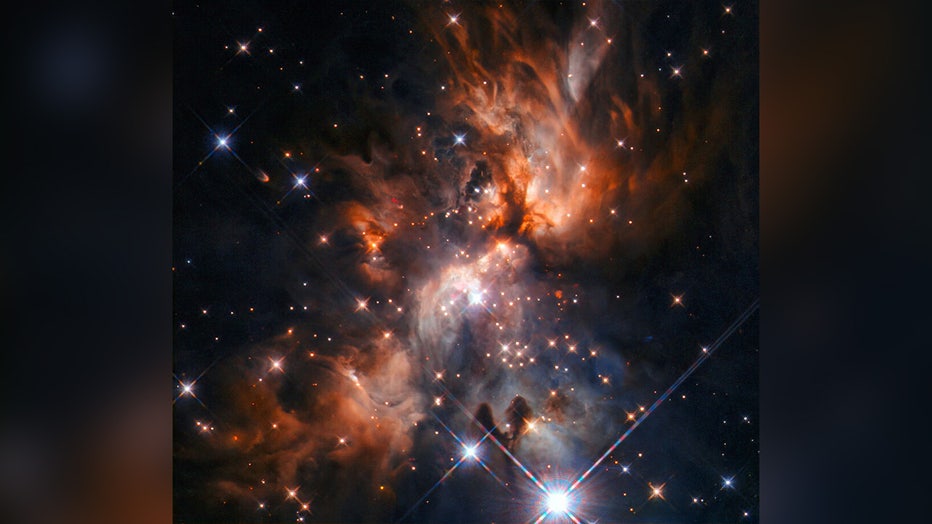 The Geminids are best viewed at night and during the predawn hours. The meteor shower starts around 9 p.m. or 10 p.m. local time on Dec. 13 and 14.

To see the meteors, skygazers should wait in the dark under the stars for about 30 minutes to allow their eyes to adjust.

Where to see the meteor shower

Naturally, the best view of the Geminids happens over clear skies. Many parts of the U.S. on Dec. 13 and 14, however, will be under cloud cover. 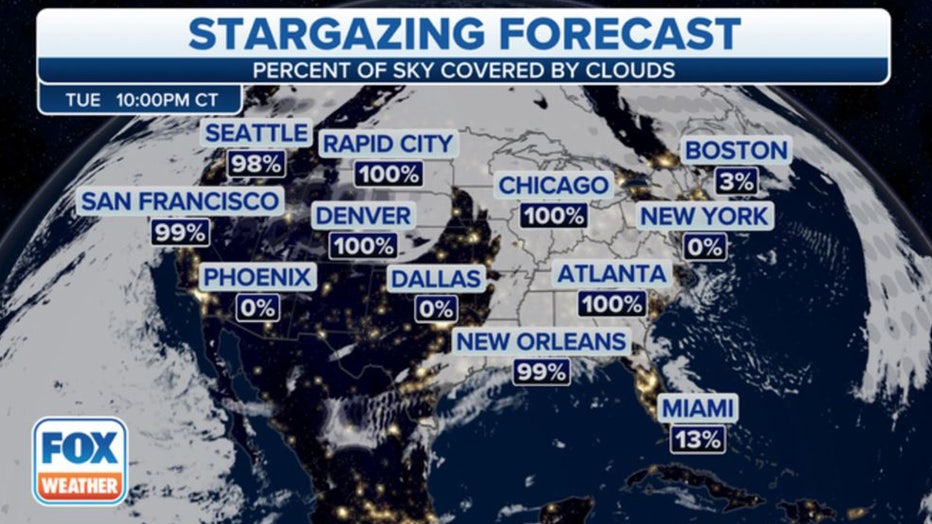 On Dec. 13 at 10 p.m. Central Time, cities such as Seattle, Rapid City and New Orleans will experience between 98 and 100 percent cloud cover.

Americans living in other parts of the country, such as Phoenix, Dallas and Boston, will only see between 0 and 3 percent cloud cover that night. 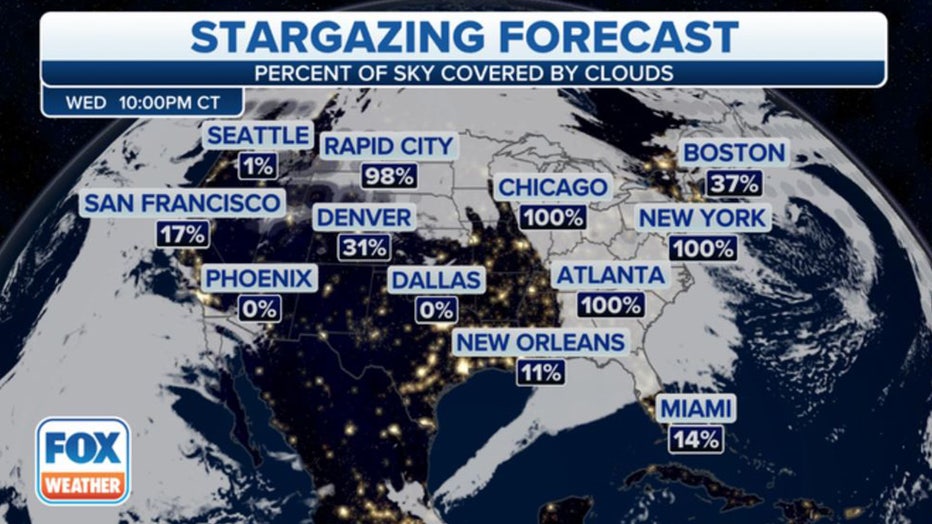 On Dec. 14 at 10 p.m. Central Time, the cloud cover will have shifted east, clearing the skies a bit for sky gazers in Seattle, San Francisco and Denver.

However, much of the upper Midwest, Northeast and Southeast will continue to experience significant cloud cover during the Geminid meteor shower.